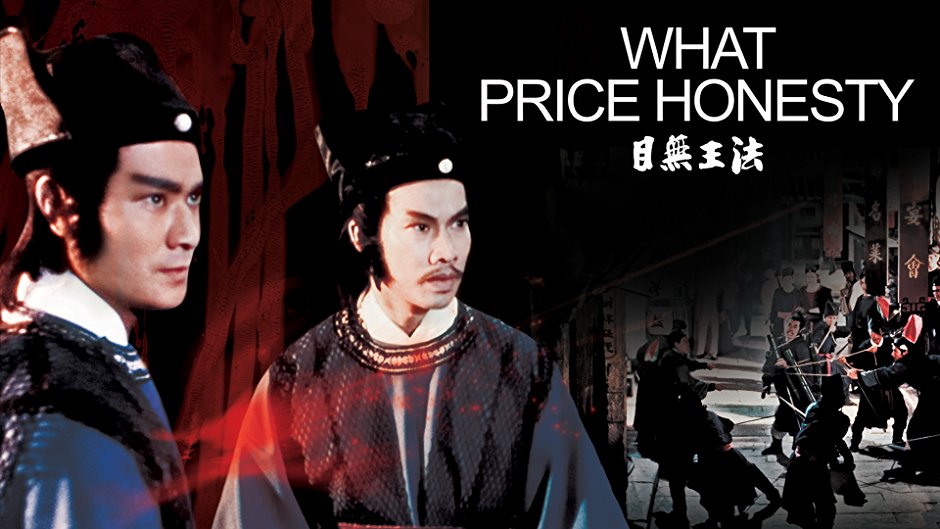 Posted at 00:38h in News by Celestial Pictures
Share

In many movies, heroes may suffer, but joining them on their journey is easy. In What Price Honesty?, the director, Patrick Yuen Ho-Chuen, paints a bleak moral world that forces the viewer to ask themselves just how far along the hero’s path they’d be willing to go if they were in the protagonist’s shoes. As the title suggests, the cost of being honest, let alone a hero, is steep indeed.

I had heard about What Price Honesty for some time and had lots of expectations going in, but I was surprised just how agonizing it was to watch. Not simply because it is an unflinching movie, where the hero physically suffers for his principles, but because it made me probe my own morality. It achieved this by demonstrating what price the hero must pay in order to live up to his ideals. It is a movie where the corrupt are rewarded and the just are often punished, where the clever and the strong survive, and the weak or foolish perish. In short it is a world where there is no upside to doing the right thing. All acts of righteousness are truly for their own sake and by the end, the viewer is left to consider if it is worth it or not. You almost wish the hero would just let it go because you sense early on, things are not going to go well for him. I won’t spoil the outcomes. All I will say is the movie is incredibly effective in this respect.

Pai Piao is excellent as the dedicated constable, He Zhong Heng, trying to be just, in an unjust world. Early in the movie, he learns that the letter and the spirit of the law, count for very little. His superior only cares about revenue, which he gains through bribes and other means. These are constables who have no problem arresting the innocent and forcing them to buy their way to freedom. They also rub elbows with bandits and killers when it suits them. Against this, He Zhong Heng desires to be true to his principles. You can feel the weight of that burden in Pai Piao’s performance as it becomes clear how alone he is.

The rest of the casting is solid as well. Sun Chien as Luo Zhang is terrific; great in the action sequences and convincing as the conflicted friend and fellow constable of He Zhong Heng. Lily Li Li-Li is moving as the wife of one of the constables, and she is one of the few people who seems immune to the corruptions of their world. Though short, I found her and Jason Pai Piao’s screen time together some of the most compelling in the movie. There are lots of good villains to go around as well. Lo Lieh is memorable as a guandao-wielding bandit named Sun Long. Keung Hon, Chan Shen, and Chiang Nan all play dirty officials and help establish the sense that there is this endless hierarchy of corruption in the bureaucracy. Each one feels distinct and brings forth their own brand of wickedness.

The world feels very real, in part because it is so easy to believe in. As a viewer, I felt He Zhong Heng’s loneliness and at times it was like being trapped right alongside him. There is an extended sequence in the jail I found genuinely tough to watch. Not because it is particularly shocking or gory, but because it forced me to endure with the character.

While I haven’t said much about the fight scenes that isn’t because they are not good, or because there are not that many of them. There are quite a few and I found them all highly satisfying. I particularly liked the incorporation of kicks into the swordplay. I usually expect quality leg strikes in a film featuring Sun Chien, and here there is plenty of kicking to go around, for all involved. I also enjoyed the stand-off with Lo Lieh’s Sun Long at the Temple of Chivalry. But my focus was simply not on the fight choreography as I watched What Price Honesty?. My attention was entirely on the moral quandaries of He Zhong Heng and on the characters in the film.

Movies with this kind of theme often end with something cathartic or emotionally satisfying. Even if the main character dies, something has been resolved in a meaningful way; the death serves a purpose (even if that purpose is to just be extinguished in glory). Again, I won’t give away the ending. I will say, on the surface this movie seems to meet those end goals but as a viewer, I felt defeated. There is plenty of bloodshed, but not a lot of glory in it. There is a resolution, but it only makes the world of the film more unjust and less hopeful. You get the sense that things are back to where they started. It made me want to revisit the movie and see where everything all went wrong (again in the best possible way). It also left me with questions. After the movie, I found myself picking apart the film’s morality and trying to make sense of it. It was a film I had to watch again almost immediately, if only because I kept thinking about it. This film gave me the kind of experience I am looking for when I watch these films, but it also gave me things I didn’t know I wanted to see.