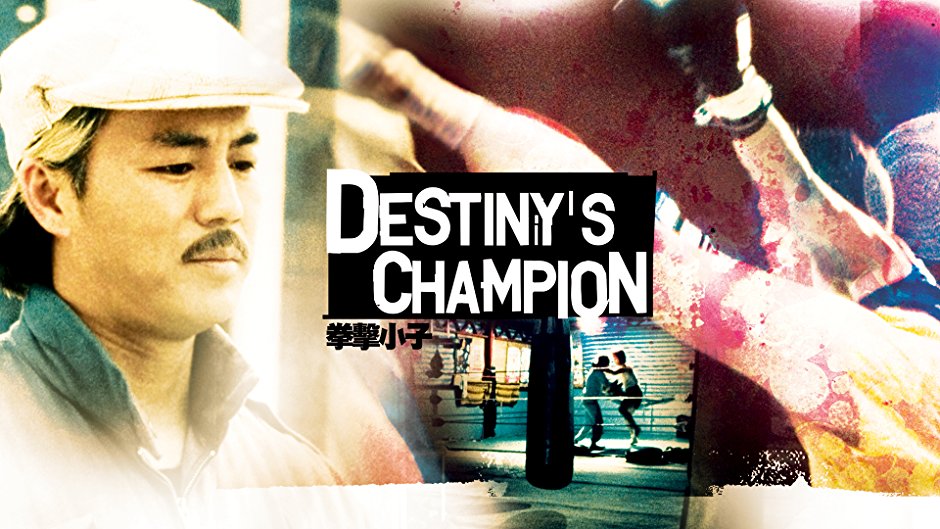 Posted at 00:11h in News by Celestial Pictures
Share

Ti Lung and kickboxing are the common threads in Duel of Fists and Destiny’s Champion. The protagonists in each could not be more different but both movies deal with the role of fighting in shaping or revealing character. And at the heart of each film is a relationship that binds the characters together and brings greater meaning to their lives. They are available this month on Prime, so let’s compare them and see which one is worth checking out for you.

In Chang Cheh’s Duel of Fists, Ti Lung plays a stalwart Thai boxer named Wen Lieh who re-unites with a long-lost brother from Hong Kong to fight criminals in and out of the ring. It brings together brotherhood and violence in a way only Chang Cheh can. Destiny’s Champion is about a truck driver named Tang Yao Hua, who is reluctantly drawn into the ring to earn the love of a woman. While Ti Lung’s Wen Lieh is a proven fighter with a strong sense of duty and bravery at the start of Duel of Fists, Tang Yao Hua is almost pathetic by comparison. He is cowardly, doesn’t know how to fight and, frankly, doesn’t want to fight. But that is the point and something that actually makes the movie worth watching. Tang Yao Hao’s path in Destiny’s Champion is that of a normal guy, being shaped into a man. Ti Lung’s path in Duel of Fists is more heroic. He is already a hero, and the movie provides him with a worthy cause.

Both movies feature kickboxing but the choreography and styles are different by minor yet important degrees. Destiny’s Champion is more modern, without the solemnity of rituals like the Ram Muay (something Duel of Fists pays tribute to). Still there are plenty elbows and knees in the clinch and the kickboxing scenes are exciting. Duel of Fists tries to paint a picture of real Thai boxing, with the traditional Sarama music and a clear effort by action choreographers Lau Kar-Leung and Tong Kai to replicate the movements of the style. While Duel of Fists isn’t a perfect emulation of Muay Thai, I think for the time it was made, it does a very good job capturing it. The actors may not have the relaxed gait of real Thai boxers, but the moves are a clear departure from standard Hong Kong martial arts (at least those that occur in the ring are). Later movies like The Tournament with Angela Mao and Kuei Chi-Hung’s Boxer’s Omen would also feature Muay Thai in their own way. Here it feels like Chang Cheh is really making a point of capturing the Thailand setting and trying to pay respect to its national sport.

While Duel of Fists and Destiny’s Champion feature fights in and out of the ring, the stakes in Duel of Fist are greater. Not only are Wan Lieh and his brother Fan Ke (David Chiang) contending with organized criminals trying to muscle their way into managing Wan Lieh’s growing career, but a mother’s life also hangs in the balance. Destiny’s Champion by contrast deals with more relatable challenges. It is a blend of romance, drama, action and comedy, while Duel of Fists plants its feet firmly in action and drama.

Both films are built on important relationships. In Duel of Fists, it is the brotherhood between Ti Lung’s Wen Lieh and David Chiang’s Fan Ke. There are romantic interests as well, but these are more peripheral to the story. In Destiny’s Champion, Ti Lung’s paternal relationship with Tang Yao Hua and his effort to shape him into a true man, drives the story. He throws him in the fire so he can be successful in life. The romantic thread in this movie is also more crucial, with the conflict between the protagonist and villain centering over their mutual affection for an adventurous woman named Eva (Leung Yuen-Jing).

In Destiny’s Champion, there is a single villain, a kickboxer named Dickson, who is also Tang Yao Hua’s boss. What starts as a conflict outside the ring, becomes one in the ring, as the two agree to settle their differences there (this is not unlike Miyagi and Kreese’s arrangement in the Karate Kid). Duel of Fists, on the other hand, has many villains. Ku Feng plays Cannon, a Muay Thai Champion who kills people in the ring with panache. But there is also a crime boss who has a penchant for kickboxing and beautiful women, named Chiang Ren (played by Chan Sing). The charming and shrewd Mr. Xu, played Woo Wai, is the ultimate number two in Ren’s criminal enterprise and memorable for his disarming smile. The villain of Destiny’s Champion, Dickson, is mean and effective but not as menacing. He’s more of a typical 80s rival: rich and jealous with a head full of testosterone. Like Ren, he is a skilled kickboxer, but unlike him, he has no visible aspirations of forming an illicit empire. And most of his antics stems from a short fuse, not a deeply rooted evil. The villains in Duel of Fists are more colorful, stark and calculating, but Dickson is a little easier to hate, and perhaps a touch more mundane.

These films reflect the times and places they were made. Duel of Fists is saturated in the fashions of the late-60s and early 70s, while Destiny’s Champion pulses with foggy 80s synth beats and has humor that belies the hidden fears of the emerging AIDS epidemic. The latter I found somewhat surprising and it gave the movie’s otherwise lighter feel, a bit more depth. Duel of Fists revels in the Thai location, opening with a wide shot of the Songkran Day Festival (Thai New Years) and taking us on a virtual tour of Bangkok and the surrounding sites.

It is worth discussing the different roles that Ti Lung plays in each film. In Duel of Fists he plays a dutiful Thai boxer with a stubborn streak. Young and ferocious, he is the sort of staunchly masculine character one expects to find in a Chang Cheh movie. In Destiny’s Champion he plays a seaman who seems mellowed by age and illness. The ambiguity around exactly what is ailing him is intriguing throughout the movie and Ti Lung brings a compassionate but stern portrayal to the character. In Duel of Fists he plays an older brother to David Chiang’s Fan Ke, who is more his equal and certainly not in need of any guidance as they team up to defeat Chiang Ren. As the declining Benson in Destiny’s Champion, he functions as a father figure and teacher for the protagonist.

These are both films made by worthy Directors and star the marvelous Ti Lung. While Duel of Fists is more my cup of tea, Destiny’s Champion surprised me at times and I was always a little unsure what tone the movie would end on. It is somewhere between the Karate Kid and Rocky in its plot with small dashes of movies like A Moment of Romance (except the girl is driving the motorcycle). I did enjoy it, and it is a nice role for Ti Lung, but Duel of Fists gets my vote for the better movie. If you want a blend of Muay Thai and Kung Fu, and enjoy Iron Triangle films, Duel of Fists is a good bet. But they are both on prime, so check them out and see for yourself which one you prefer.