Posted at 04:32h in News by Celestial Pictures
Share 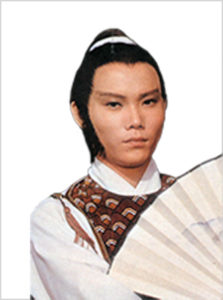 A Taiwanese originally named Chiu Kang-sang, he was born in 1951. His family was too large and his parents could not take care of all the children, therefore he was sent to the Fu Sheng Opera School in Taipei, Taiwan. Chiang Sheng met his lifelong friends like Lu Feng, Kuo Chui and Robert Tai in the school. He was a boy of vivid and somewhat mischievous nature and eventually was expelled from school for smoking in the principal’s office. But he had learned enough to start working as a stuntman.

Chiang was a martial arts opera performer in the troupe while he was in the army, and became a stunt actor in the film industry afterwards. When director Chang Cheh founded his own production company in 1974, he went to Taiwan looking for talents, and invited Chiang to come to Hong Kong. 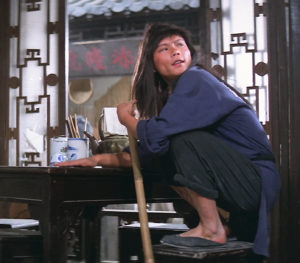 Chiang’s mischievous nature is evident in many of his iconic roles, like The Student in “Five Deadly Venoms”.

He joined Shaw Brothers in 1976 as a basic actor, and got his prominent role in Chang’s Shaolin Temple that same year. His first leading role arrived two years later in The Five Venoms.

Chiang also went behind the camera and tried out as Chang’s assistant director, as well as martial arts choreographer in various films. In 1981, with the support of Chang, he went back to Taiwan and founded a new production company with his Taiwanese cohorts.

Chiang acted and choreographed the action scenes in their debut film, Ruthless Tactics. 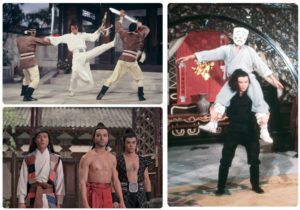 Chiang in (from top to bottom, left to right): “The Crippled Avengers”, “Five Deadly Venoms”, & “House Of Traps”.