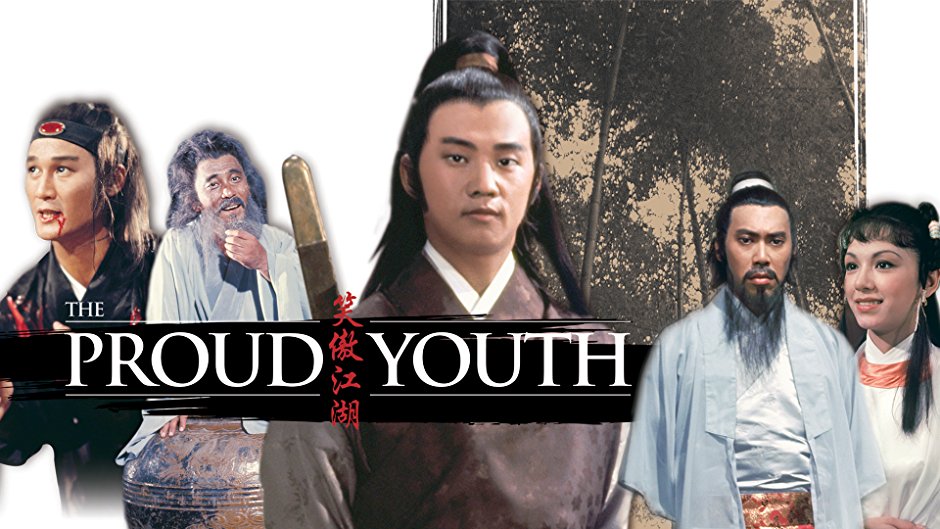 Posted at 18:01h in News by Celestial Pictures
Share

“Living isn’t that important, but drinking is.”

This is a movie I was half expecting not to like. The source material is long, with lots of characters, and an hour and a half just didn’t seem like enough time to delve into it all. To put this into perspective, the last drama series based on the book was 42 episodes and the Swordsman film trilogy took three movies to tell the story (while also taking lots of creative liberties). So I went in expecting to be disappointed if only because I was anticipating a parade of characters and plot beats. However, I enjoyed the movie and think it is solid wuxia fair with a few standout moments.

The opening helped draw me into the film. It is a striking start, with a flowing waterfall in the background and posturing swordsman holding long stances as the camera pans across them during a narration sequence. I found it an effective introduction to the Five Mountain Sword alliance, a group of self-proclaimed righteous sects aiming to defeat the Sun Clan.

Though many of the names seem changed (even borrowed from other Jin Yong stories), the movie manages to fold in a lot of the key beats of the overall story in its 90-minute runtime. I liked how it handled one of the core themes of the story: the hypocrisy of the righteous clans. In my opinion this is where the movie shines the most. In particular, Ling Yun as Shi Zhongying embodies the idea most movingly. He is friends with Gao Yun, a member of Sun Clan, and they understand one other through a shared interest in music. A key plot development is a piece of music they compose together called Last Sound of the Empty Valley (which the hero, Nangong Song, is tasked to give to a worthy musician). Because Gao Yun belongs to a clan regarded as Evil by the Five Mountain Sword alliance, their relationship is looked down upon and becomes a major source of contention. Shi Zhongying tries to retire from the martial world by washing his hands in a gold basin. But the righteous clans won’t entertain his wish and demand he kill Gao Yun. He refuses and by the end of the ceremony the basin is covered in blood.

The world of The Proud Youth is dominated by this moral opprobrium of the Five Mountain Sword alliance. But the alliance itself is controlled by those who use orthodoxy as a tool for their own ambitions. Their rejection of the evil clans is strident and inflexible, leaving no room for individual exceptions. The protagonist, Nangong Song (played by Wong Yu), is goodhearted, free and fond of wine. He takes people as they come, intermingling with members of the less orthodox sects if they strike him as noble. He stands in stark contrast to the folk of the Five Mountain Sword Alliance. Unfortunately for him, he is the star disciple of Huashan Clan, a key part of the alliance. His personality often leads him into trouble with the leaders of the righteous clans, including his own master. When he is nursed back to health by a nun after protecting her from a violent rapist, the gesture is read as an intimate one by the alliance. Because this sullies his clan’s reputation, his master, Chaojun, sentences him to spend a year of seclusion at the Cliffs of Remorse. Later he is ejected from the sect when it is believed he attends a gathering hosted by the daughter of the former leader of Sun Clan.

Another important part of the story is the political intrigue of Sun Clan. Their leader, Master Bai, is imprisoned by Sima Wuji, one of his own men. Sima Wuji, called Donfang Bubai in the book and most other adaptations, is a man who castrated himself to master a powerful form of martial arts. The character is now strongly associated with the performance of Brigitte Lin in the 90s (in Swordsman II and III). This is a much earlier characterization, and still an effective one. Nangong Song helps rescue Master Bai and falls in love with his daughter, Bai Yingying (played by Shih Szu).

The movie covers a lot of ground, but it isn’t confusing. Sometimes when movies are adapted from these kinds of stories, the characters and plot overwhelm. The Proud Youth definitely left me feeling like I’d been on an extensive tour of the martial world. But it seemed held together by the backdrop of the corrupt alliance. It is also aided by good use of sets and locations.  While there are a lot of characters, it is easy to know who you should paying attention to so you don’t get lost.

A key scene occurs at the Cliffs of Remorse, during Nangong Song’s forced seclusion. There, he discovers a hidden chamber and a secret technique. The extravagant sets are on display in sequences like this one. There are plenty of others throughout. I quite enjoyed the overall look of the movie as a result.

There are a lot of capable actors in this movie. Ku Feng is unkempt and powerful as Master Bai. Shih Szu and Wong Yu worked as a couple. I always love to see Teresa Ha Ping in these movies. And I found her impressive as Abbess Yixin. This is not as out there of a role for her as Devil Grandma but she plays it well and reliably. Stanley Fung plays the treacherous Master Chaojun of Huashan Clan. I was most impressed by Ling Yun as Shi Zhongying, which seemed to be an especially fitting role for him.

The action feels like proper wuxia, with occasional use of wirework and frequent swordplay. The action direction is done by Tong Kai and Huang Pei-Chih. I enjoyed the fight sequences, and quite liked the range of weaponry on display.

This is a film I would recommend to wuxia fans. I think other audiences may enjoy it as well. It is probably helpful to learn the basic plot of The Smiling, Proud Wanderer prior to viewing (though again, the names are quite different in this version). Fans of the Swordsman series should definitely check this one out.