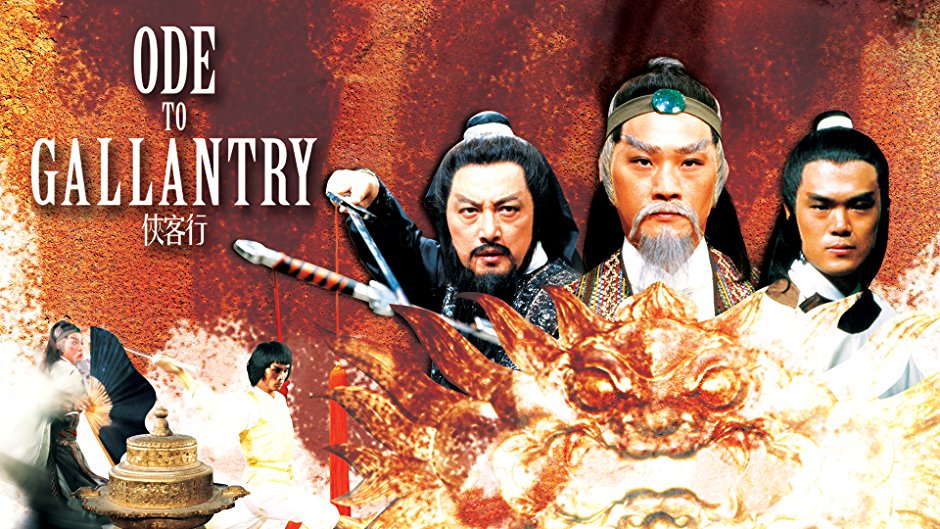 16 Mar The MVP of Ode to Gallantry: Wong Lik as Xie Yanke By Gary Williams

Posted at 00:23h in News by Celestial Pictures
Share

Chang Cheh’s movie adaptation of Jin Yong’s novel of the same name, Ode to Gallantry, is a rare classic for many reasons. It is one of the last Venom Mob films (although Lo Meng and Lu Feng don’t appear) to be made by the Shaw studios, it features a versatile performance by Phillip Kwok Chun Fung (as both Shi Potian and Shi Zhongyu), the fantastic acrobatic fights we have come to expect from the Venom Mob and is a comedy of errors worthy of Shakespearian levels.

One of the best elements of Ode to Gallantry is the performance of Wong Lik in the role of Xie Yanke. Wong Lik, a very skilled acrobat and martial artist, was one of the staples of Venom Mob films including Two Champions of Shaolin, Ten Tigers of Kwantung and House of Traps. In his role as the somewhat odd, eccentric, feared and murderous martial arts master Xie Yanke, Wong Lik shines right alongside the performance of Phillip Kwok’s dual roles. Xie Yanke commands the respect and fear of the marital world through his seemingly invincible internal and external kung fu. Wong Lik brings a subtle zeal in his performance as Xie Yanke; a wink here, a sly smile when he speaks of killing those he deems as villains.

One of the best parts of his persona is when he grabs Shi Potian and Shi Zhongyu by the arm and leaps away to either instill discipline or to sadistically teach his internal martial techniques to his reluctant disciple. These small comedic elements are what highlight the parts that make Ode to Gallantry more than just a simple wuxia screen adaptation. Wong Lik, whose physicality cannot be denied, shows he learned the lessons of director Chang well. Wong rises to the occasion and saves Ode to Gallantry from being just another Chang Cheh Venom Mob formula movie. Wong Lik, a Venom Mob alum, embodies the mischievous and violent nature of Xie Yanke thereby cementing his legacy as a multi-talented member of the Venom Mob and one of the bright spots in the Shaw film, Ode to Gallantry.

About the author: Gary Williams has been a kung fu movie fan since the age of 7. He is the voice behind the 12th Venom Podcast and the keyboard behind The Dojo Fight Masters and Film Fan Dojo. He practices Capoeira, has a cat named Timothy and can be reached for correspondence at goldenarmkid73@gmail.com.