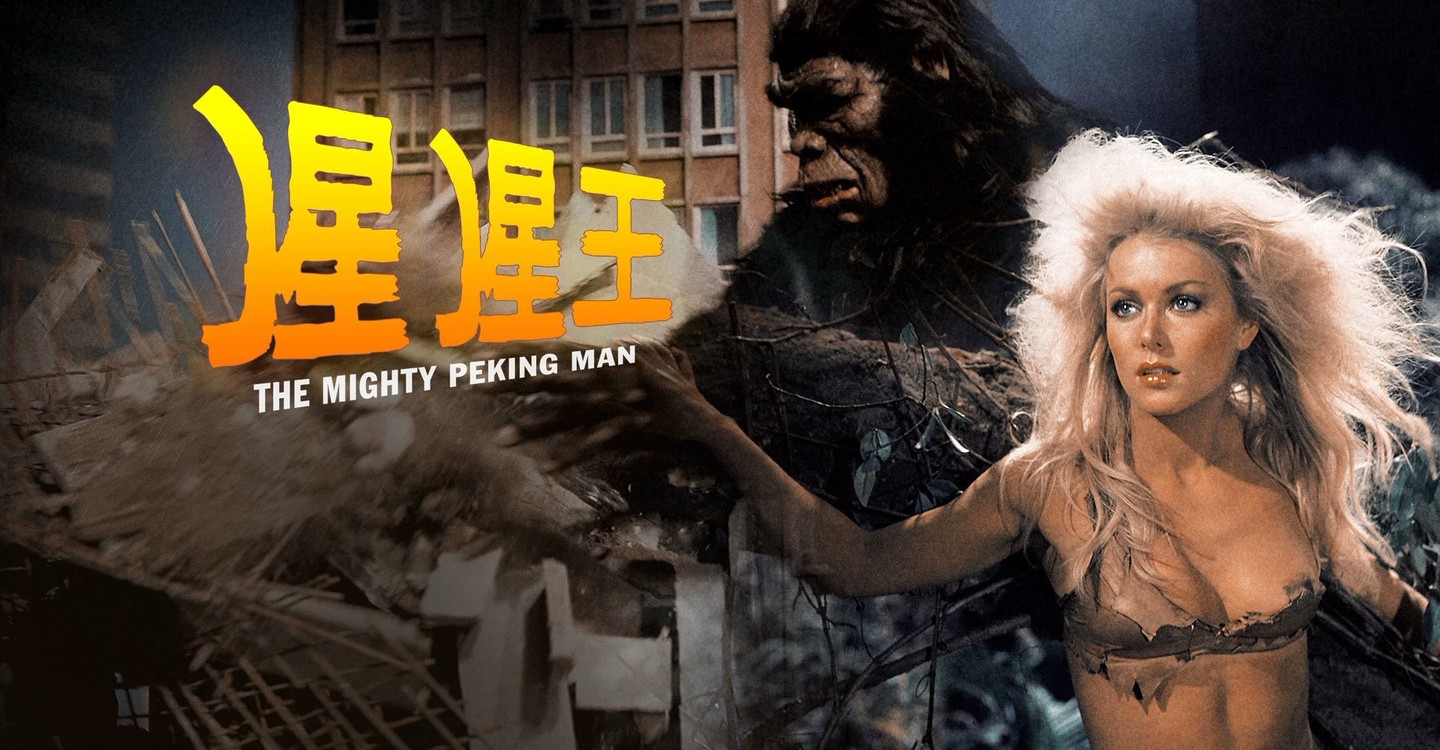 Posted at 08:45h in News by Celestial Pictures
Share

When discussing the greatest films to come out of the Shaw Brothers Studio, The Mighty Peking Man isn’t likely to be in the running. That being said, it is one of the better known Shaw films and has developed quite a robust cult of fans. Besides its 1980 US release under the title Goliathon, it was re-released in the ’90s by Quentin Tarantino’s short-lived Rolling Thunder Pictures, a distribution company designed to bring cult films to a mainstream audience. This helped the film’s cult status grow, even charming film critic Roger Ebert into a three star (out of four) review. The Mighty Peking Man may have been made to capitalize on the 1976 King Kong remake, and it may not be a “great movie,” but its value as a piece of entertainment is absolutely undeniable.

While The Mighty Peking Man is essentially a Hong Kong version of King Kong, it is not a direct adaptation. It mixes in a good amount of Tarzan with Evelyn Kraft’s character, Ah Wei (or Samantha in the English-dubbed version), and this story intersection fundamentally changes the relationship between the characters of the gorilla and the girl. In Mighty Peking Man, Ah Wei has been raised from childhood by the gorilla. The film never delves too deep into this (or anything other than crowd-pleasing entertainment), but the underlying bond between the characters is parental and deeper than what is usually seen in the King Kong storyline. During the film’s third act in Hong Kong, both Ah Wei and the gorilla are uprooted jungle residents; their lives will never be the same. Most of the movie is very lighthearted fun, but this set-up is doubly tragic and it ultimately pays off well.

I love how Ni Kuang’s script blends King Kong and Tarzan with a distinctly Hong Kong imagination, but I must admit that the special effects are the film’s strongest asset. Director Ho Meng-Hua made many FX-heavy Shaw films over the years, most notably the four-film, mid-’60s Journey to the West series and the two Black Magic films. This makes him a perfect choice for such an ambitious film within the Hong Kong industry at the time. Like they did for Hua Shan’s The Super Inframan, Shaw brought in experienced Japanese FX artists to help realize their vision. Sadamasa Arikawa, a veteran of nearly every Toho FX film up to 1970 (starting with the original Godzilla film), directed the special effects, and his assistant, Koichi Kawakita, started his career on 1962’s Gorath and went on to direct FX on the Heisei-era Godzilla and Gamera films, among others.

Their exceptional talents are most evidenced in the exquisite miniature work that brings the world around the Mighty Peking Man to life, whether it’s his jungle habitat or the crowded metropolis of Hong Kong. As beautiful as the miniature work is, though, it’s even better to watch the gorilla smash through them in slow motion! No matter what the various advancements in technology bring to filmmaking over the years, nothing can quite match the primal release of watching a guy in a monster suit destroy a model city. It may look campy to some, but there’s a reality to it that is undeniable. The various large-scale gorilla models add a lot to the film as well, allowing characters to convincingly lay in the gorilla’s hand or get crushed by his giant foot. Unfortunately, the rear-projection composite shots are easily the weakest link. Rear projection has always been an easy-to-spot effect, but the ones in Mighty Peking Man are especially low-quality. Overall, though, the FX elements are well-integrated into the film, serving the ultimate purpose of any film: to effectively tell its story and entertain along the way.

The Mighty Peking Man is a film that all genre film lovers should see at some point in their lives. Its unique blend of King Kong and Tarzan, with heavy-handed Hong Kong and Japanese stylistic flourishes, comes together to deliver high-quality entertainment that continues to charm audiences over 40 years after its original release.