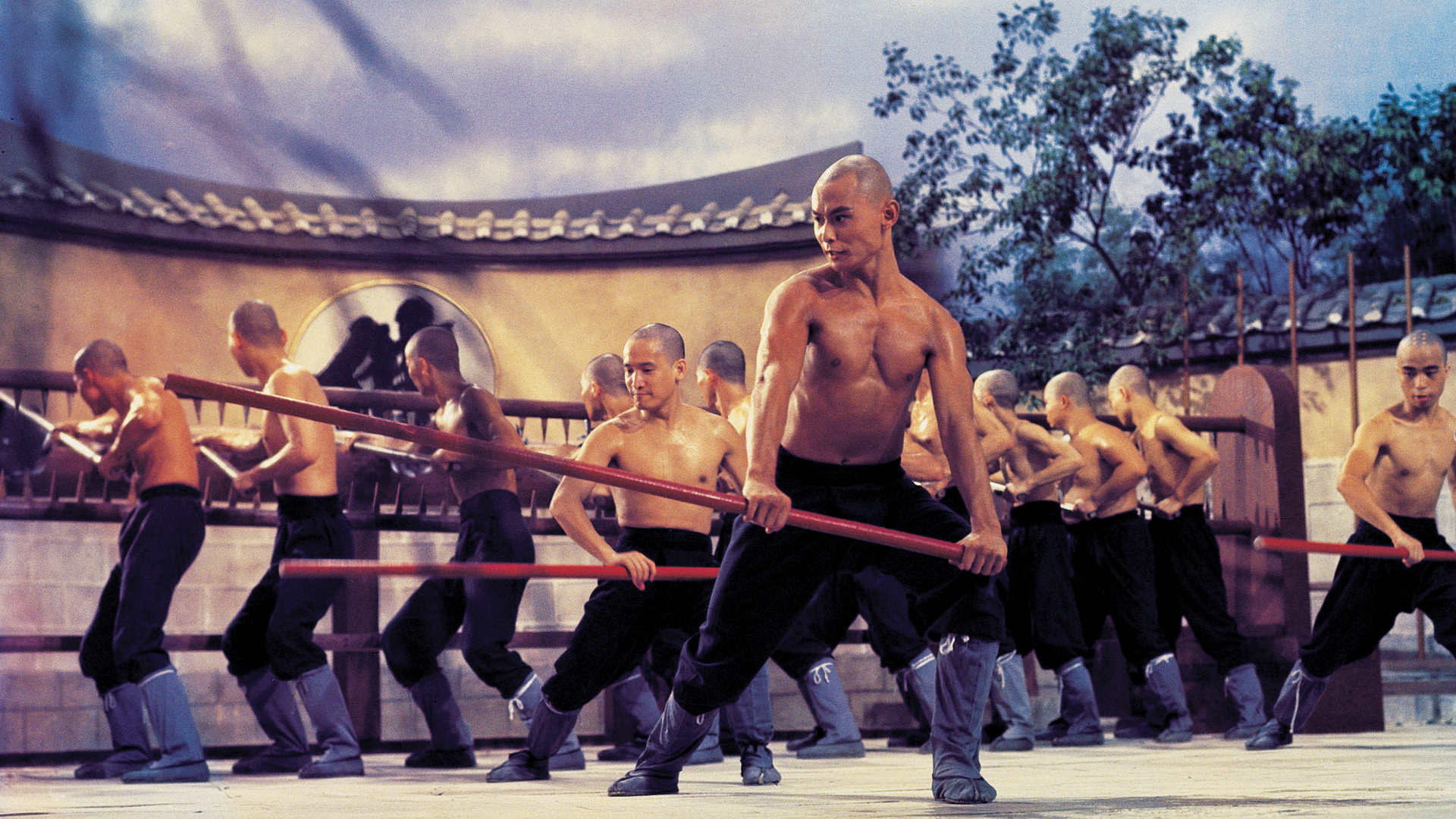 Posted at 23:38h in News by Celestial Pictures
Share

Lau Kar-Leung’s The 36th Chamber of Shaolin is one of the greatest films to come out of the Shaw Brothers studio, if not the entire genre. It also has the distinction of being the first Shaw film I saw (sometime in the mid-’90s). It left an indelible mark on me that continues to resonate, much in the same way that the film’s power keeps it at the forefront of any kind of “greatest martial arts film” discussion. The film’s staying power is thanks to the combination of its many great qualities, but above all I think it’s because of its focus on the training methods of Shaolin (making it a perfect selection for Celestial’s “Get Schooled” campaign for Shawtember!).

In many ways, The 36th Chamber of Shaolin is the ultimate training film. The overarching theme is one of disseminating knowledge among the people who can most benefit from it, in this case the downtrodden Hans, oppressed by the unrelenting Manchu rule. The first act showcases the need for these martial skills to be taught more broadly, the second act shows our hero San Te learning the various techniques, and finally the third act shows San Te using his skills and passing it on to others. We are given the sense that while the other masters in the film are great and powerful, it is only through sharing the knowledge that San Te achieves true greatness.

This point of training and sharing knowledge seems to be a key component of Lau Kar-Leung’s filmmaking philosophy. His career goal was to bring true martial arts to the screen, and in achieving this he brought the Shaolin arts to the world (first with Chang Cheh in Heroes Two and other Shaolin films, and later in his own films). I get the sense that he felt the power of the lineage that his kung fu held, descended to him from folk hero Wong Fei-Hung and the Shaolin Temple itself, so he sought to use the international platform of film to share it with the world. And who among us could imagine the martial arts genre without the strong presence of Shaolin?

The physical manifestation of training is also extremely well-realized in The 36th Chamber of Shaolin. Instead of focusing on a single action to train a specific technique, San Te starts from a place of knowing next to nothing. He first performs menial tasks to train his determination and work ethic. He doesn’t see the connection, but the Shaolin training methods are in place for a reason. Kung fu is not simply a fighting art, it is the development of a complete mind-body connection. First the groundwork must be laid, before the training of individual body parts can take place. San Te eventually trains his legs, his speed, his wrists, his eyes, etc., and only then can he ascend to training in specific fighting techniques. This is all skillfully put together by Lau Kar-Leung, but Gordon Liu’s physical performance, perhaps one of the best in all of cinema, is what really sends the film into the stratosphere of legend.

To train to the level of a master and keep that knowledge for yourself is a crime against the art. To truly achieve the master status, training others is a necessary step. The take without the give is useless. San Te sees oppression and he responds with an equal and opposite reaction. By receiving his Shaolin training and passing it on to others, he is restoring balance to the equation. Also of note is that in this film, folk hero Hung Hsi-Kuan is shown as one of San Te’s students. Hung was the star character of Chang Cheh’s Heroes Two (played by Chen Kuan-Tai), and he created the Hung Gar fist that Lau Kar-Leung practiced. So in a way, The 36th Chamber of Shaolin is a prequel to the first films of Chang’s monumental Shaolin Cycle.

The 36th Chamber of Shaolin is one of the greatest achievements of the Shaw studio, and its lessons remain relevant and applicable to us all, regardless of our status as martial artists.