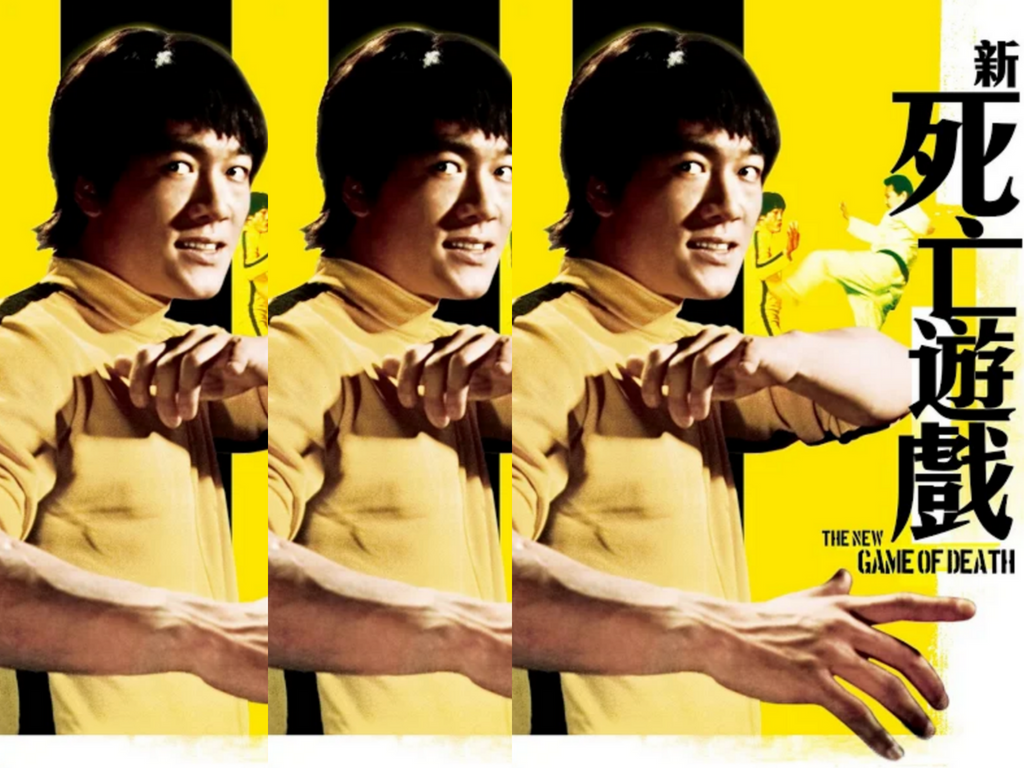 Posted at 19:49h in News by Celestial Pictures
Share

By Will Kouf of Silver Emulsion Films

Technically speaking, The New Game of Death isn’t a Shaw Brothers movie. It’s an independent Taiwanese production (the only film from the Yu-Yun Film Co.), but Shaw often picked up films like this for distribution, so I’m guessing that’s what happened here. Unlike many of the films that Shaw only distributed, The New Game of Death received a restoration and Region 3 DVD release from Celestial Pictures as they worked their way through the Shaw catalog. To see a Bruceploitation film in its raw, original form is a rare treat — it was dubbed into English and edited for its US release as Goodbye Bruce Lee: His Last Game of Death — so even though it’s not a great movie, I have a soft spot for this one.

The movie opens with Bruce Li playing himself (I think), picnicking with his fiancée and practicing martial arts. A film producer approaches him and asks if he’d like to help complete Bruce Lee’s unfinished film The Game of Death. Bruce Li doesn’t know if he should do it because it will postpone his marriage, but of course he accepts, and it doesn’t matter anyway because once the movie-within-a-movie starts, we never go back to this frame story. Once he agrees, the producer sits him down to screen the film they have so far… which oddly stars Bruce Li instead of Bruce Lee, and is apparently complete! Logic has never been Bruceploitation’s strong suit.

The film’s main story line is not as interesting as this short intro, but all you really need to know is that it eventually sets up an action finale that replicates the “tower of bad guys” idea of The Game of Death, albeit in far shoddier style. It’s the highlight of the film, although to be honest, it’s not hard to top the rest of the movie. The ideas are always better than the execution, but anyone who enjoys B-Movies knows this is generally to be expected in a low-budget film. Bruce Li shows a good amount of martial skill, though, even if the choreography is fairly bland and average compared to the best Shaw films of the time. Regardless, pitting Bruce Li against opponents like a samurai, a wrestler, a boxer and a nunchunk-weilding yogi comes with a lot of inherent fun, and that cannot be discounted in this kind of movie.

I read some conflicting stories about whether the opening framing scenes were added in the US version, but those scenes are definitely present in the original Mandarin version…in fact, there are more! The opening credit sequence plays over Bruce Li showcasing his athletic ability in various sports, where the US version plays a funky “King of Kung Fu” song over a bunch of Bruce Lee magazines, with only a small section of Bruce Li’s gymnast routine shown. The only other major difference comes in regards to Ngai (Wei Hung-Sheng). The US version completely cuts out his spoiled 20-something daughter who needs a playmate. Bruce’s girlfriend, who works for Ngai, comes over to help him with this. She invites Bruce along, as well, facilitating the meeting between Bruce and Ngai that happens later. Some insert shots of cool animal figurines during a telephone conversation were also cut, where Bruce tells his girlfriend (speaking of Ngai), “Your president is a monster. He’s worse than a beast. He appears to be a gentlemen, but in fact, he’s a bastard,” which is also cut.

The New Game of Death flopped at the Hong Kong box office, and unlike some of the legitimately good Shaw films that made roughly the same amount (The Golden Lion, Well of Doom, The Gambling Syndicate), it’s pretty easy to understand this film’s failure. The idea that The New Game of Death was meant to satiate the multitude of Bruce Lee’s loving fans is insane, as it only vaguely bears any resemblance to the superstar’s work. Bruce Li does his best, though he definitely hadn’t come into his own at this point. He does the nose flicks, he wears the big sunglasses, he uses nunchucks, and he even dons the trademark Game of Death tracksuit. Without an entertaining film behind them, though, all the accoutrements merely remind you that this isn’t Bruce Lee, and that the world just isn’t the same without him.

This sting is far less than it would’ve been in 1975, so fans of Bruceploitation will likely enjoy this anyway. It feels more like an attempted homage film than a true case of exploiting his legacy as later films shamelessly did, and as a rather early example of the Bruceploitation sub-genre of Hong Kong film, it’s definitely worth a watch.