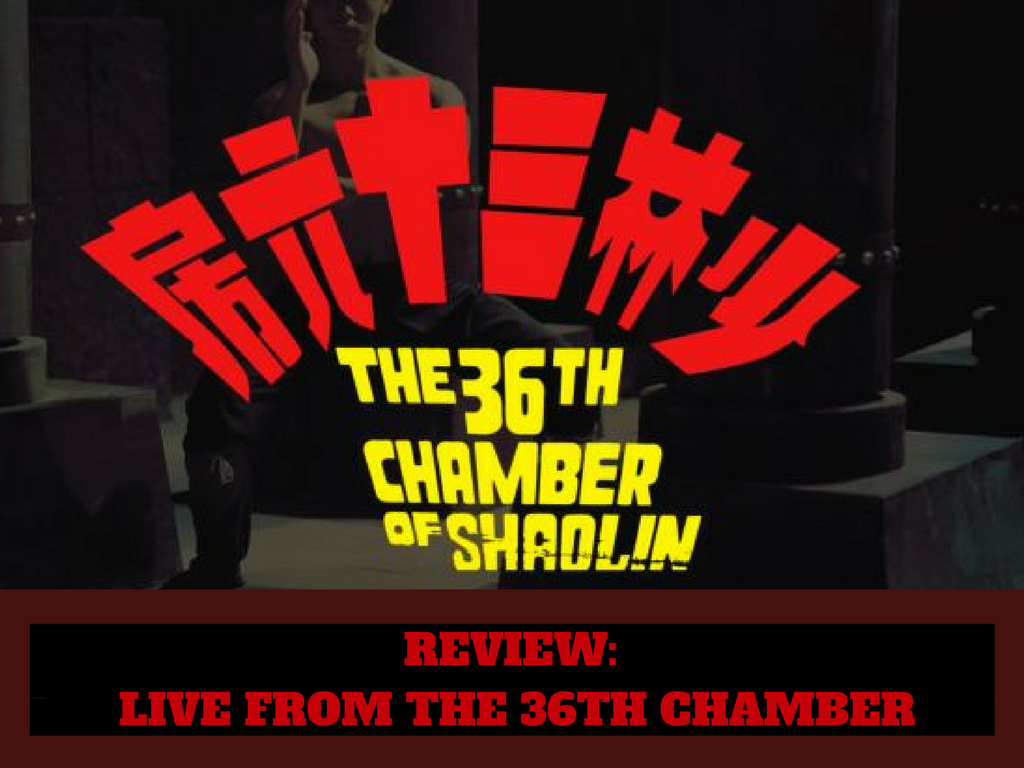 19 Apr Review of RZA: LIVE FROM THE 36TH CHAMBER

Posted at 18:00h in News by Celestial Pictures
Share

The scene was much more electric than I could have imagined. People were spilling out of the front of the Paramount Theater, just off of one of the iconic pieces of downtown Denver that is 16th Street, and the energy was infectious. The crowd came from a variety walks of life including individuals in suits, those sporting the massive ‘W’ logo for the Wu-Tang Clan on all kinds of clothing and accessories, hipsters, and cult cinephiles sporting their martial arts memorabilia. The crowd was much more dynamic than expected, but perhaps that is exactly the point of a show like this. It bridges groups that don’t necessarily cross in other realms of life. This sea of people were all there to see RZA and two of his fellow musicians, DJ Skane and Tom Shannon, perform a live score for the iconic Shaw Brothers film, The 36th Chamber of Shaolin. The combination of a musical and cultural cornerstone like RZA along with the fanatic niche of a cinematic masterpiece of the genre like 36th Chamber was naturally going to bring out an interesting crowd. As the night wore on, the artistic combination of film and sonic layering combination proved to be as energetic and enigmatic as the crowd that preceded RZA: Live from the 36th Chamber.

At this point in my life, as a Shaw Brothers fan, this is perhaps the fourth time I’ve seen The 36th Chamber of Shaolin in a theatrical setting, but I will admittedly say this is the most unique experience I’ve had with the film. Not only because RZA and his team were doing the live score, heavily using the bouncing hip-hop rhythms and layered melodic effects that created the foundation of the Wu-Tang Clan’s sound, but because the crowd was actively engaged with it. Initially there were portions of the audience that were a bit perplexed at the fact that this event was not a concert (nor was it ever marketed as one and the opening introduction by RZA himself verified this intent,) but as the film started to weave its tale of personal fulfillment in the shadow of tyrannical oppression the crowd started to truly engage with it. They cheered when Gordon Liu would succeed in each of the chambers, they laughed at the laymen that faltered in his presence in the final act, and they truly engaged with the film on an emotional level which, as a fan of the film and the impactful messages it contains, was enlightening to see.

The score itself is what truly made this evening special though. The film is available in a variety of formats, whether digitally on a slew of platforms or even on a packed Blu Ray in the US courtesy of Dragon Dynasty, but this version of the film had the majority of its score pulled out of the film while RZA and his team provided it live. The score, as expected, was heavily hip-hop influenced as mentioned before, but what worked so well is just how well they seemingly knew the film. RZA has never stepped away from speaking about how martial arts films – particularly the Shaw Brothers – influenced him in all walks of his life and the score, whether it was the repeated aggressive tones that partnered up with the villain’s sequences or the more ambient and melodic delivery of audio that paralleled San Ta’s training and discovery of his 2-jointed staff in the garden of Shaolin, showcase the love and understanding that the musicians have for the film. This allowed them to almost seamlessly parallel the emotions of the film in a modernized and unique manner, shadowed on the side of the stage behind their table of electronics and allowing the film to take center stage.

The fact that the musicians refused to take center stage of the screen is the true testament to how important this film is to them. This event was never about RZA and his music. This was an event about The 36th Chamber of Shaolin and what it means to RZA and his music. The score is simply his love letter to the film that’s shared with an audience. He makes this apparent and it was the best part of the evening as someone who admires the cinema as an emotional bridge for its viewers.

Even if you’ve never seen The 36th Chamber of Shaolin, seen it a few times, or even seen it 300 times, RZA: Live from the 36th Chamber is not an event to miss. The love for the genre and the messages that it contains are in full bloom here, thanks to an inspired and fresh take by RZA, DJ Skane, and Tom Shannon for its live score, and any fan of martial arts film – or film in general – would regret missing out on this unique opportunity to see two art forms intertwine into one evening that uplifts the heartfelt messages of two giants of culture.

As the memory of the event still echoes in my thoughts, I can only hope that RZA and his devotion will inspire another wave of appreciation for The 36th Chamber of Shaolin – and the spirit of the Shaw Brothers studio in general.