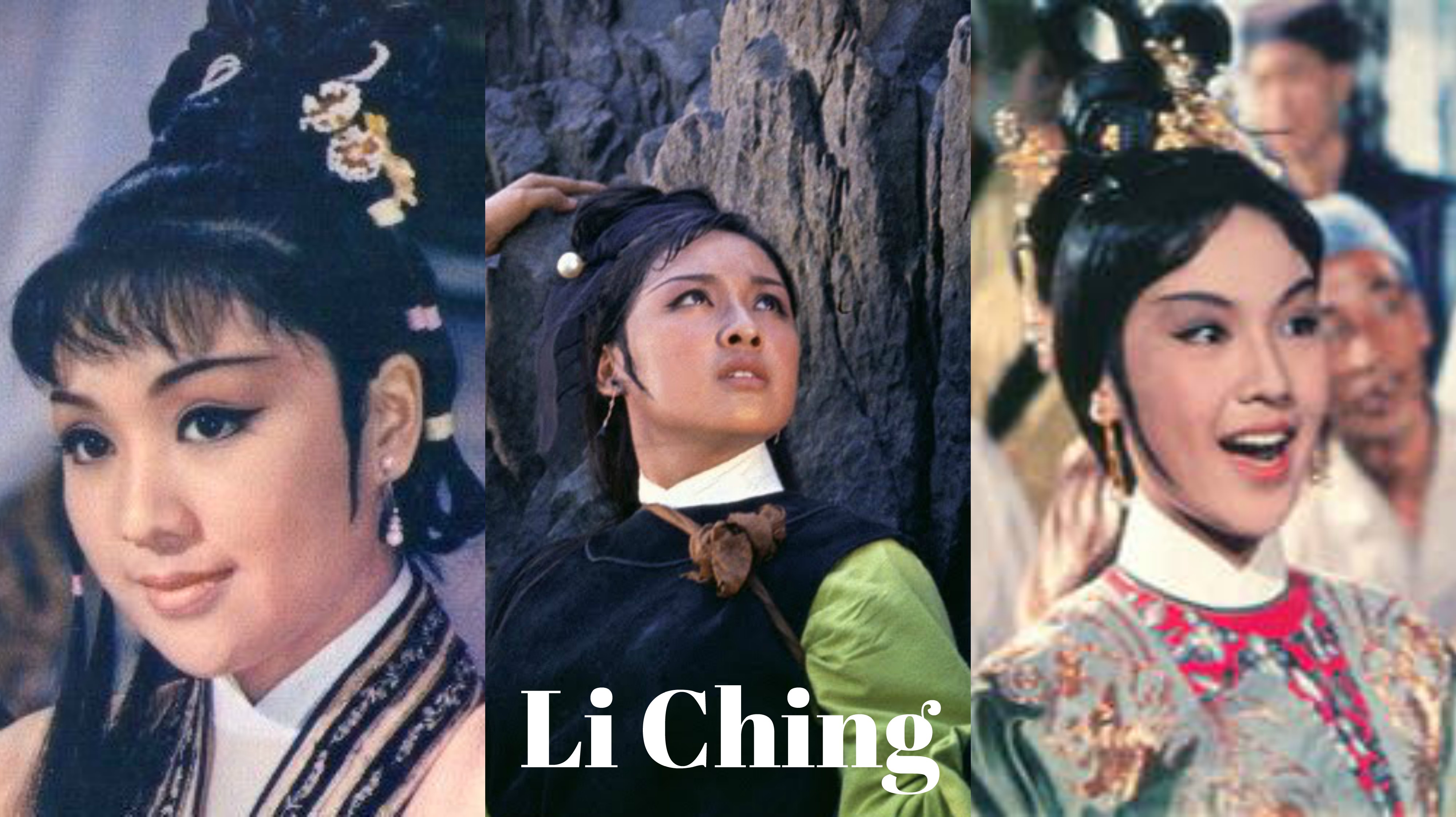 Posted at 01:43h in News by Celestial Pictures
Share

When the news first broke that Li Ching, a beloved actress from the classic era of Shaw Brothers history, had passed away, a lot of emotions passed through us. As dedicated fans, Li Ching was an actress that transcended many of the boundaries in the industry and shined brightly as one of the greatest actresses from a studio known for its ability to make superstars. Her talents were regularly on display, in whole, in every film she touched no matter the style. While much of her work is still not readily available for many fans, including most of her early films that are not situated in the martial arts genre, we wanted to take this moment and remind everyone of her illustrious career.

Li Ching was, is, and forever will be one of the brightest stars of the Shaw Brothers studio. As tribute to her career, these are our five picks for her five best roles.

Rest in peace, Li Ching. You will be missed, but never forgotten.

Cheng Kang is a criminally underrated director, and his film Killers Five is a wonderful showcase for Li Ching. In one of her best and most dynamic action roles, the actress stretches out and shows off the character’s clever mind and happy-go-lucky personality, as well as her martial arts prowess. Her main martial skill is precision archery, and her mastery leads to some of the film’s best and most shocking moments. This sort of well-written character wasn’t always the case for other female action roles, and Li makes the most of it to deliver a dynamite performance. In terms of female wuxia roles of the ’60s, I’d place it just shy of Cheng Pei-Pei’s genre-defining work. Li Ching is only one of the colorful characters in this underseen wuxia, too, so if you haven’t seen it I highly recommend it.

While the titular roles for The One-Armed Swordsman films are the anchors, whether it’s the original Jimmy Wang Yu or his replacement for this third entry, David Chiang, there is one role in The New One-Armed Swordsman that maintains the sense of hope and emotion for the film. You guessed it. It belongs to Li Ching. Sure, this film sports one of the most exciting third acts in the Shaw Brothers wuxia catalog, one of Chang Cheh’s most shocking deaths, and a plethora of fantastic performances, but all of the bloodshed and vengeance is nothing without the sense of hope and balance that Li Ching brings to the role in the film. Her chemistry with David Chiang is fantastic and her poise in the film is a great counter to the violence and chaos that will later consume the lead character and narrative. She may not have a huge role, but it’s one of her best for what she represents in it.

Li Ching was always a versatile actress throughout her career. While much of her earlier work in the Huangmei Opera films or other dramatic, romantic, or comedic material is not all that well known in most Western countries, she still gets to strut her talents in many of the wuxia or action films too. Our choice for her best action role – in this case, roles – is for King Eagle. Chang Cheh’s epic, starring a young and very charismatic Ti Lung, features Li Ching in dual parts as twin sisters and, boy, does she own both. One good, one bad, King Eagle showcases her style and range in one film. As mentioned before, she is already one of the greatest actresses of the Shaw Brothers catalog, but for my money it’s her work in King Eagle that showcases her talents in taking something that should be gimmicky and running with it at full speed and adding her own sense of style and strength to it.

Before the rise of the wuxia film in the mid-’60s, the Huangmei Opera film was one of the most popular genres in Hong Kong. The genre had gone out of fashion by 1969, but Griffin Yueh Fang’s The Three Smiles was a major hit regardless. It ranked #4 at the Hong Kong box office that year and won Best Comedy Film at the 15th Asian Film Festival, and it is regarded as the last great film of the Huangmei Opera golden age. Li Ching plays Autumn Fragrance, a maiden who smiles on three occasions at the scholar Tang Bo Hu (played against gender by Ivy Ling Po). These smiles light the fire of desire in Tang, just as this wonderful romantic tale will delight its audience in every way. If you’ve only seen Li Ching in her action roles, you’ve only experienced a sliver of her talent. Fans of Hong Kong cinema should also note that this story also served as the basis for one of Stephen Chow’s best films: 1993’s Flirting Scholar.

Kao Li’s musical The Mermaid is the film that cemented Li Ching as a star. Written by Chang Cheh, The Mermaid adapts the Ming Dynasty play Yulan Ji, a fantasy tale similar to Hans Christian Andersen’s The Little Mermaid. In the film, a Carp Spirit (played by Li Ching) takes on the form of an official’s daughter (also played by Li Ching) in an attempt to woo the scholar Zhang Zhen (once again played against gender by Ivy Ling Po). This dual role won Li Ching the Best Actress award at the 12th Asian Film Festival, while the film also took home two other honors for Most Versatile Talent (Ivy Ling Po) and Best Sound Recording (Wang Yung Hua). Li Ching was only 17 years old, too, making her the youngest to win Best Actress and giving her the nickname Baby Queen (which stuck with her throughout her career). A definite must-watch film for fans of Li Ching and the Huangmei Opera genre.