Celestial Pictures | PERILS OF THE SENTIMENTAL SWORDSMAN: OR, HOW I LEARNED TO STOP WORRYING AND NOT JUDGE A FILM BY ITS TITLE
17164
post-template-default,single,single-post,postid-17164,single-format-standard,vcwb,ajax_fade,page_not_loaded,,qode-title-hidden,qode-theme-ver-9.1.3,wpb-js-composer js-comp-ver-5.0.1,vc_responsive 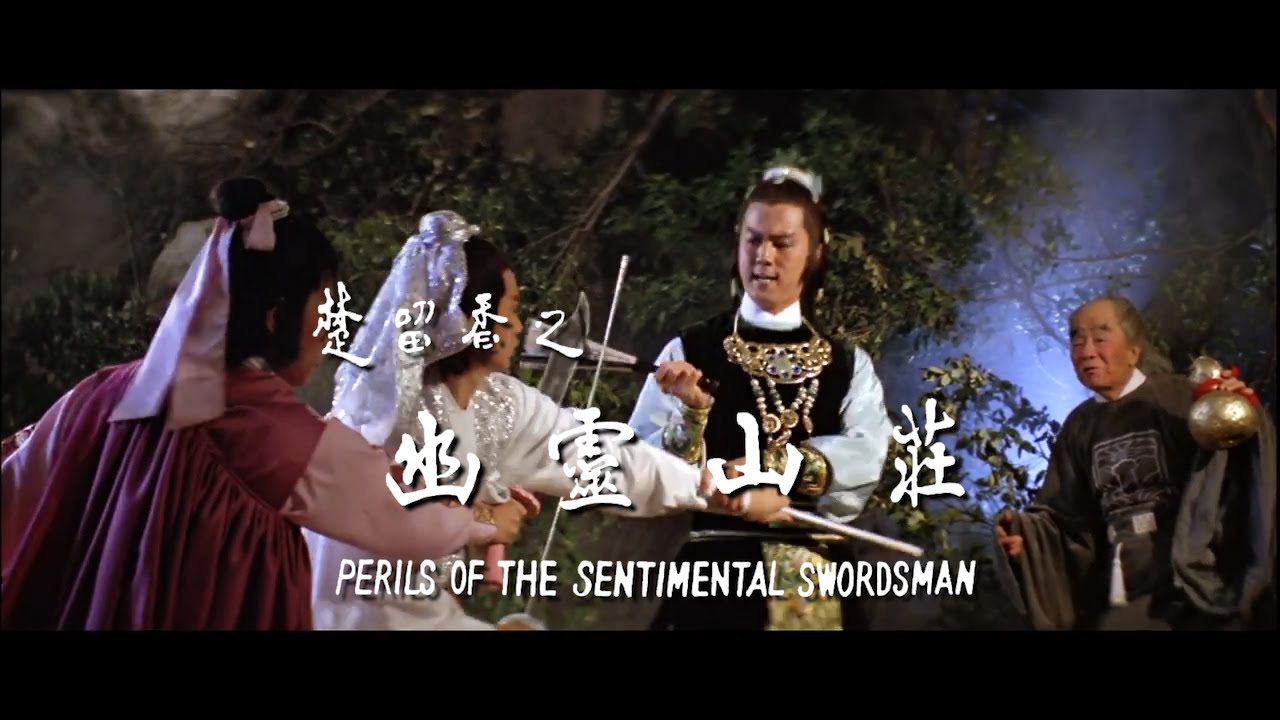 12 Jul PERILS OF THE SENTIMENTAL SWORDSMAN: OR, HOW I LEARNED TO STOP WORRYING AND NOT JUDGE A FILM BY ITS TITLE

Posted at 23:55h in News by Celestial Pictures
Share

Well, that’s because it is.

As it would turn out, after a bit of digging around on the internet, Perils of the Sentimental Swordsman is not a sequel to the Sentimental Swordsman franchise, but a wholly different series of films from both director Chor Yuen and actor Ti Lung. It’s actually the third film to feature the Sherlock Holmes-esque super wuxia sleuth Chu Liu Hsiang which follows Clans of Intrigue and Legend of the Bat. This is a key aspect of the film to understand before going in as the tone between the two series is entirely different and it can lead to the immense confusion that I felt going into the film. If you don’t initially recognize the name of Ti Lung’s character, then it’s easy to misstep into the wrong expectations.

It was also a cinematic lesson for me. In the case of Perils of the Sentimental Swordsman, I needed to worry less about how the film fit into the grander scheme of its franchise or context and just enjoy it for what it delivers. That is, enjoy it for being a wild, outrageous, and highly entertaining fantasy driven wuxia and not judge it by its title. For all of its strange sequences, off beat shifts in tone, and genre bending, Perils of the Sentimental Swordsman is a film that simply embraces its flaws and successes in unison and it makes for a massively entertaining film where its charm, fluidity of narrative, and stylistic choices make it a memorable journey.

Like its two predecessors, Clans of Intrigue and Legend of the Bat, Perils is a film where the plot comes first, the plot comes second, and the plot comes third with dozens of twists. For this film though, the gimmicks, twists, and colorful characters are all effectively connected into one massively entertaining experience and it fits right into its true franchise, if not being the best of the three. It has no issues in shifting tone rather quickly, as is indicated by an entire horror themed series of scenes in the second act or the fantastic comedic turn that Lo Lieh brings to his secondary role as a gambler, but it feeds into the concept of the film that continually builds its mystery and never lets go of its audience. It can be hard to follow at times, but if the viewer stretches out before hand and mentally prepares themselves then the quick pacing and thin character arcs then this will not be an issue.

As always with a Chor Yuen flick, Perils has an innate focus on developing and using gimmicks as core aspects of the film itself and, for my money, I’m not sure there is a film from his filmography that does it as efficiently as this one. As an example, Chor Yuen’s excessive use of stage fog and smoke machines (I seriously think he had stock in those companies or something) actually has two (!) relevant plot points in the film. The director (and writer of this one) actually uses his own visual gimmicks as an element of the storytelling narrative. This kind of fun spin on his use of gimmicks happens again and again throughout the film as they feed into the mystery of its plotting and the ridiculousness of its characters. Chor Yuen has a wonderful ability to navigate the pitfalls of the complex narrative using the visual cues of character quirks to differentiate them for the audience and keeping the sets and dynamic fight sequences highly amusing. It’s not every film where the opening act introduces three assassins only to have them killed by a fourth assassin during their introductions, but Perils does it and (oddly enough) makes it work in the grand scheme of the film. By the time the third act rolls around there have been so many twists and turns that one simply doesn’t try to guess where the film is going and just sits back and enjoys the wild ride. 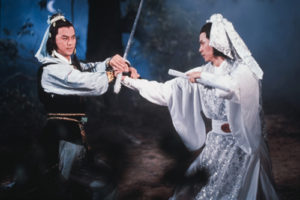 Outside of my initial experience with the film and the confusion of franchises, Perils of the Sentimental Swordsman has come to be one of my most watched Shaw Brothers wuxia films. It’s not because it’s one of the most impactful films that strikes an emotional chord and delivers thoughtful and deep characters like the first two real Sentimental Swordsman films do, no, it’s because Perils is strikingly entertaining in a way that delivers in the best of Chor Yuen ways with bold, broad stoke characters, extensively fun visuals, and dynamic fantasy driven wuxia action set pieces. When it comes to some grand entertainment to celebrate Summer of the Sword, this one might be one of the most memorable and enjoyable.

Let’s just remember to not judge a film by its title.