Celestial Pictures | An Oil Slick Between Villainy and Heroism: The Oddity of Oily Maniac
17623
post-template-default,single,single-post,postid-17623,single-format-standard,vcwb,ajax_fade,page_not_loaded,,qode-title-hidden,qode-theme-ver-9.1.3,wpb-js-composer js-comp-ver-5.0.1,vc_responsive 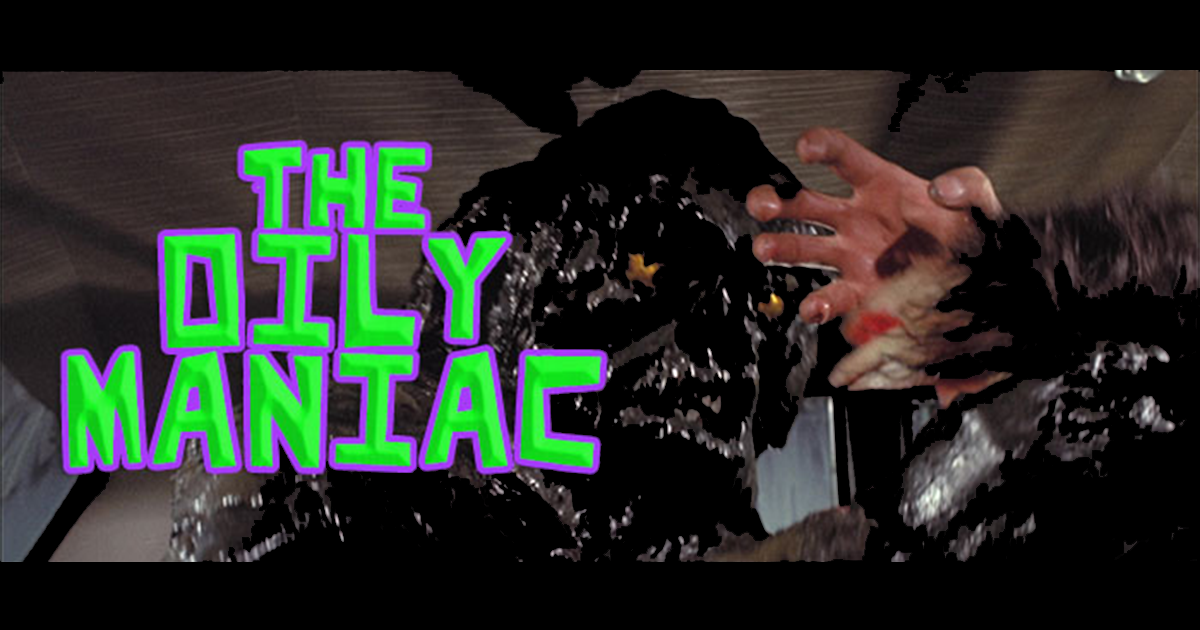 28 Mar An Oil Slick Between Villainy and Heroism: The Oddity of Oily Maniac

Posted at 00:23h in News by Celestial Pictures
Share

As a fan of both Shaw Brothers and horror films, digging into the combined forces of style is always a treat. Whether its black magic, ghosts, or other horrific sights, the Shaw Brothers provides a lot of fun in their exploitative leaning horror films. When the chance to see Oily Maniac came up, originally on the fantastic Blu Ray from 88 Films and most recently through the digital platforms here in the US, I was all about it. The iconic Danny Lee leaping in as a cursed man who becomes an oily monster? What is there not to love already? At least on some sort of entertainment focused level, this is a film that is odd, but infinitely intriguing.

Of course, like many of the horror films that the Shaw Brothers produced in this era, the surface level monster mayhem in Oily Maniac is just that – a shiny, iridescent cover for a film that’s much more intriguing. For what it is though, the film is highly entertaining as an exploitative action horror hybrid. The film starts off easy enough, hinting at roots taken from the usual black magic films that tend to be some of the more popular horror films in the Shaw catalog, and it introduces us to a general plot that more or less sticks to a kind of revenge tale with supernatural elements. The formula remains easy enough to consume, even going as far as being a somewhat hollow watch under more critical eyes as it runs the blueprint of the revenge thriller, but it takes some unique ways to get to its final destination.

As it maneuvers down this path, Oily Maniac is pure exploitation fun, embracing the sheer strangeness of its concept – a man cursed to become a ferocious monster when he’s covered in oil – and just running with it. The film moves at such a brisk pace and continually punches its absurdity with melodrama that fans of either revenge or horror flicks are going to find elements to enjoy. The acting is blatantly over-dramatic, sold mostly by Danny Lee who is just hamming it up through most of the runtime to delirious heights, and the film never hesitates to take a moment to embrace its exploitative moments even if it means derailing the main narrative just for short time frame. By the time that the film power-punches its way past the first act, viewers are going to either forgive it for its flaws for the sheer entertainment value that it represents or they will have rejected it wholeheartedly as an eye-rolling genre affair.

However, even beyond this facade that’s anchored by a man in a suit, shots of boiling oil, and a half hazardly pieced together mystery and conspiracy, Oily Maniac does somehow slip in a strange idea and symbolism beneath it all about greed and oil that somehow starts to take its monstrous protagonist and create an anti-hero out of him. By the time the third act starts to take shape, it’s almost apparent that the film is built like an anti-superhero origin story. Taking the darker tones of 70s revenge thrillers and mixing it with the absurd supernatural and hammy nature of a film like The Toxic Avenger and giving it the classic Hong Kong horror scrub. For this article, I do not want to go too much into spoiler territory, but there is certainly an argument that can be made that this could be created its own strangely effect action horror franchise if allowed to continue. It’s too bad that it sits on its own, a strange marker to the ambitiously flawed nature of how the Shaw Brothers would not hesitate to combine genres and go the distance with their horror films for the sake of an entertaining slab of cinema.

Oily Maniac, for all of its formulaic foundations and uneven tones, makes for one impressively entertaining exploitation film. It moves with lightning ease, anchoring itself around a highly enjoyably cheesy performance from Danny Lee, and it never ceases to try to jolt its audience with strange and often abrasive moments. For those who enjoy this kind of genre bending Hong Kong cinema, it’s hard not to recommend the film. It’s fun and often surprising in its approach to blending revenge thriller, horror, and Hong Kong action. It’s hardly perfect, but in the way that oil and water do not mix, Oily Maniac is not meant to be easily stirred into the rest of the cinematic landscape. That’s what makes it a cult classic.