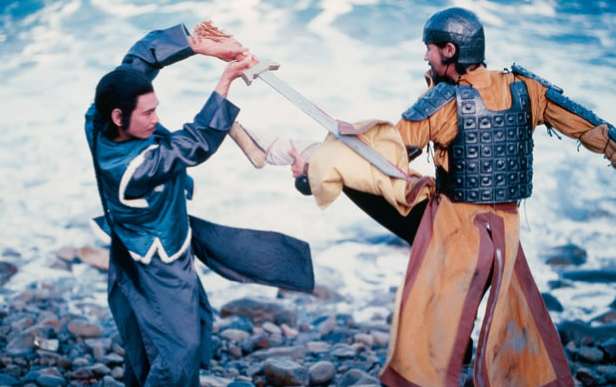 03 May Of Butchers, Bandits, Blindness, and Blood: Justice for Killer Constable By Blood Brothers Film Reviews

Posted at 18:18h in News by Celestial Pictures
Share

Out of the first batch of Shaw Brothers films announced by 88 Films for their newly christened 88 Asia line up, it was Killer Constable that stuck out the most. The film still made sense for their demographic as it’s directed by Kuei Chih-Hung who delivered a slew of classic horror films for the Hong Kong studio and that connection was going to appeal to their usually horror heavy catalog. However, unlike some of the other announced picks for the martial arts portion of this line up, this one was not a prominent fan friendly title that’s spoken about again and again on places like social media. Even for a lot of Shaw Brothers fans it resides as an overlooked film. In that regard, some props should be given to 88 Asia for releasing this slick home video release of Killer Constable because it’s a brilliant and effective piece of martial arts cinema worthy of any collector’s home video release. It’s a film that desperately needs more attention from fans and critics alike.

By 1980, the Shaw Brothers studio already had a strong foothold on the formulas that they wanted to use for the various films that they were producing, so most of the creativity in the later films had to come from the execution of that formula and the flavors that certain talents could provide. Of course, as the 80s rolled on, the studio would push those formulas further and further into realms of outrageousness or more provocative material. It’s almost fitting that the director of many of their more iconic and well known exploitative films (like The Killer Snakes or The Bamboo House of Dolls) would get to try his hand on a few martial arts films too and it’s his direction that truly makes Killer Constable feel fresh and dynamic within the Shaw formula.

At the core of what Killer Constable provides, the structure and main plot adheres to the Shaw Brothers formula of storytelling. At least in the basics. It’s about a team of constables, corralled by the titular ‘killer constable’ Leng Tian-Ying who’s played with stark intensity by Shaw Brothers icon Chen Kuan-Tai, that must hunt down a group of thieves that have stolen two million taels of gold from the government. As they go, they realize that not everything is as it seems and the bodies pile up on both sides. At the basic outlines, this is pure Shaw Brothers kung fu foundations here. However, there is a lot more depth to the film provided by its visuals, performances, and nuances of script that make it so much more than just another catalog entry. Don’t be fooled as it starts, there is a lot more at stake in Killer Constable. 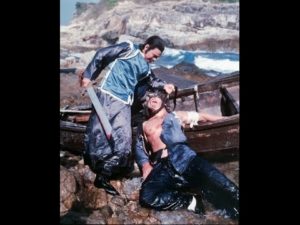 For starters, the film has a lot of subtle commentary imbedded into its story. Even the protagonist of the film is not necessarily to type for a lot of Shaw films of this style. He’s almost villainous in his approach to justice, as shown in his ruthless killing of those who break the law that earned him his nickname as the killer constable and it’s also commented on by his devout team of followers. He’s seen as a hero by the government and his fellow constables, but the film plays him out as a gritty and off putting protagonist and not the normal hero that Shaw films love to use as an icon of ‘doing the right thing.’ This plays into a huge character arc for him as the film slowly throws him and his team through the morally gray areas of criminality. Their journey to find the culprits throws them into increasingly gritty and dark places, villages burdened by poverty and inns with no ways to feed their occupants. Chen Kuan-Tai’s subtle performance allows the audience to witness the cracks seeping into his black and white viewpoint on justice and his role as a champion for it. As the film plays on, killers arise, traps are set, and a duel with a rogue assassin make the film feel entertaining and dynamic, but it always retains that sense of commentary about the morally gray areas of people who have nothing to lose and, even for a butcher on the path of capturing some bandits, the message hits home. By the time that Ku Feng shows up as the head of the thieves in the third act, the film has played its hand so well at developing the themes and characters that neither one seems like a good or bad guy necessarily, but ones that have been forced into action by their beliefs and a sense of hope for the future. In the case of the Leng, a future where crime is not needed. For our thief, a future where his blind daughter can eat and survive. With a final shot of film featuring this blind daughter waiting in the rain with an umbrella for either her father or Uncle Leng to return, it’s a bleak outlook on how the message plays out and one that certainly criticizes the government and the upper class as it goes. It’s a specific intent by the writers and director to deliver message and themes of the film in such a fantastic manner.

This approach, while much deeper than expected, is highlighted by Kuei Chih-Hung as a director. While he sometimes struggles a bit with the action oriented sequences by lacking in the pacing that some of his Shaw Brothers peers like Chang Cheh or Chor Yuen perfected for the studio, he makes up for it with palpable tension and atmosphere. To go with its script that features a brutal and gritty hero being dragged into dark places that makes him double think his approach to life, Kuei Chih-Hung uses a lot of his exploitative and horror touches to bring those to the surface. Entire sequences and fights are drowned in shadow and punctuated by blue moonlight, the seemingly endless rain of its setting only makes things feel heavier, and he never shies away from the violence of his story. Splashing blood and violence in visually stunning ways to compliment the tone and approach. His visual style and approach to the horrors of the tone and plotting take Killer Constable even further from the formula that is the basis of the film. It’s a mood and approach that benefits the themes and makes the entire thing feel fresh and particularly vicious when it wants to be.

Killer Constable is simply a film that takes the tropes, deepens them with some strong commentaries, and gives them a unique flavor of execution that makes it a true gem in the grander Shaw Brothers spectrum. If anything, it’s a film that’s depressingly overlooked. For those out there that have seen it, please give it another watch. For those of you who haven’t, it’s available digitally in the US on most larger online services including Amazon Prime. And for those in the UK I highly suggest the 88 Asia Blu Ray which also features a commentary from the legendary Bey Logan. No matter what, let’s spread the word on how good Killer Constable is and get it the attention it deserves.

For a film about the intricacies of justice, it feels like Killer Constable has not received its fair share as the brilliant martial arts film it is.