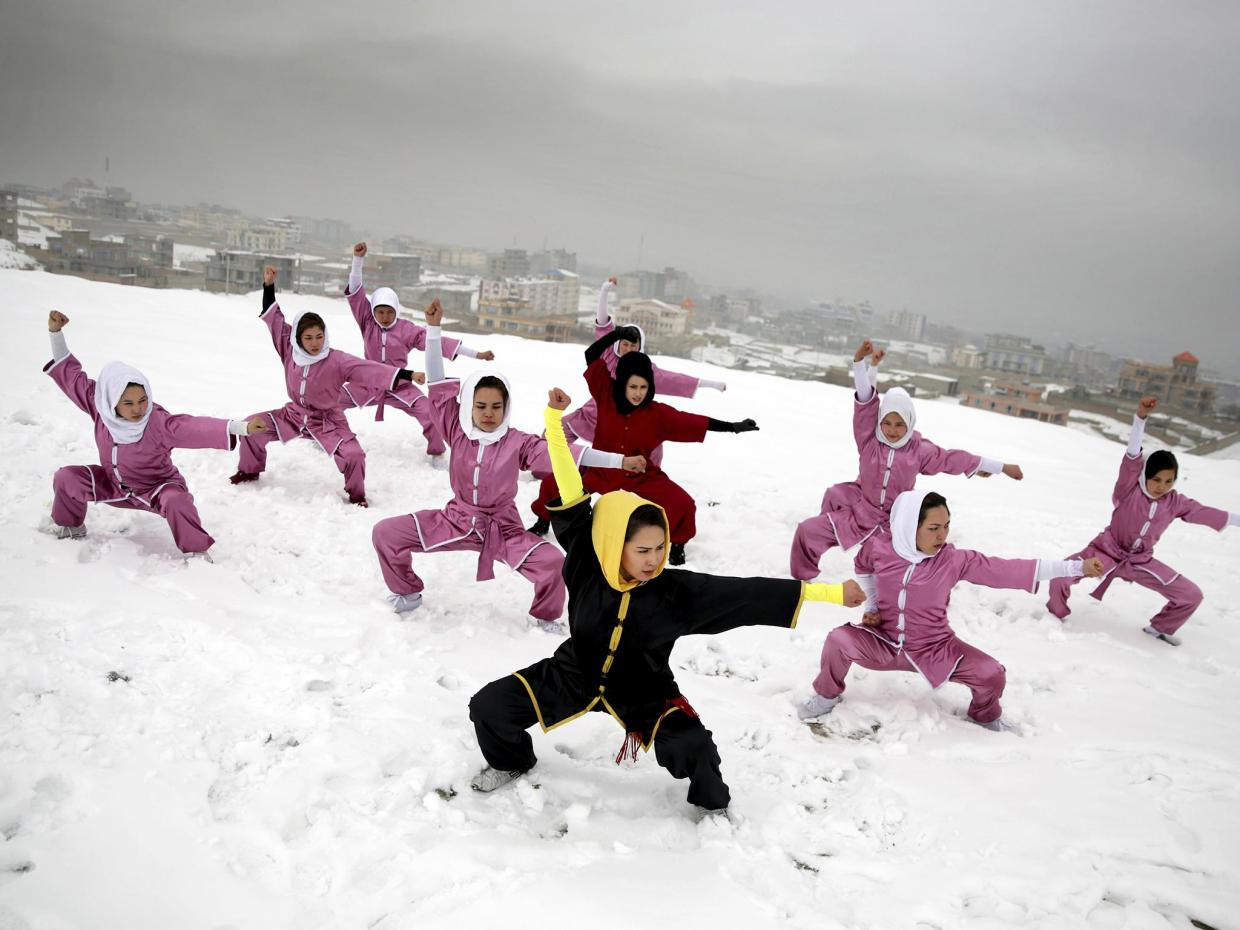 Posted at 21:45h in News by Celestial Pictures
Share

With hopes to represent their country at an international level, 10 women from Afghanistan are practicing Wushu kung fu on a snowy hilltop in Kabul. Led by 20 year-old Sima Azimi, the Shaolin Wushu Club are honing their skills with intention to compete and “bring honor and pride” to their country of Afghanistan. Living in a male dominated country where sports are viewed “only for men”, Azimi wants to motivate girls to participate in sports and to stray away from gender roles. Sima Azimi has won a bronze and gold medal in Wushu tournaments in Iran and has used her knowledge and expertise to teach her 9 young students.

Although there is a shortage of funding towards organized sports for women in Afghanistan, Azimi isn’t discouraged at all. With the rapid growth and attention that has been shown towards the Shaolin Wu-Shu club, proper funding looks within reach. The skills that she has taught her students have been extremely useful in real life situations. Some of Azimi’s students have used their Wu-Shu moves to protect themselves from being harassed in the streets of Kabul. Talk about some real life heroes. Men step aside, these women are ready to take over the Kung-Fu world!

Speaking of female heroes… My Young Auntie tells the story of Cheng Tai-Nan (played by Kara Hui), who marries her dying master as his last wish in order to protect his assets from his dreadful nephew. This film stands out from the Shaw Brothers collection as it showcases a female protagonist that breaks down gender roles and kicks absolute ass just like the women in the Shaolin Wu Shu Club!  In an exclusive Shaw Brother’s interview, Kara states that: “My Young Auntie was a huge turning point in my film career where I went from a supporting actress directly to a leading actress. In those days men always dominated in films, but this was a film about a woman.”

Check out the full exclusive interview with Kara Hui.

You can watch My Young Auntie online on: iTunes, Google Play, YouTube, and Amazon.