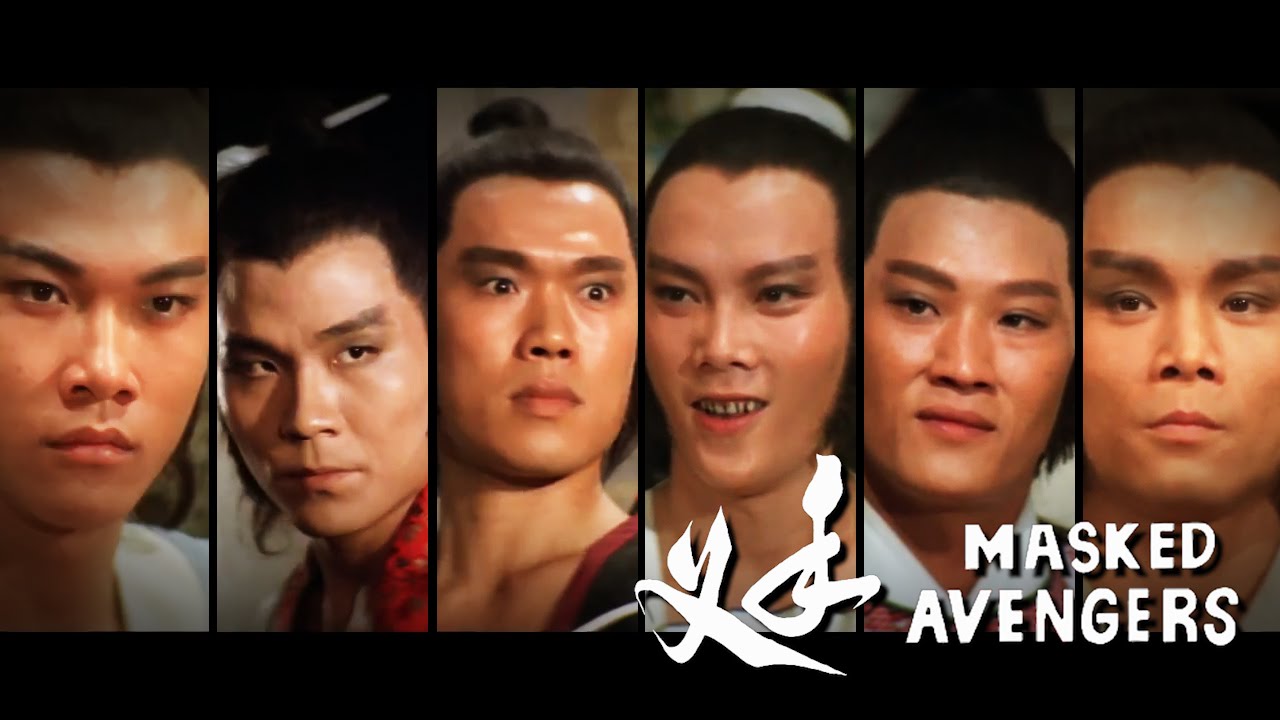 Posted at 22:27h in News by Kim August
Share

As the Venoms Mob filmography grew, Lu Feng employed a new weapon during the end fight which would reappear as the dominant weapon in future movies. Examples include the Sword (Life Gamble > Legend of the Fox), the Guan Dao (Shaolin Rescuers > Magnificent Ruffians) and finally the weapon of The Masked Avengers, the Fork or Trident (which first appeared in Two Champions of Shaolin.)

In the Masked Avengers, the Trident serves as a visual cue, tying into the gang’s demon masks and their blood red and black attire; thus the ominous weapon completes the hellish visage.  Think of the Venoms Clan several generations removed, far more debauched and malignant.

To echo the gang’s feudal demonic guise, are kung fu forms that toy with the grisly nature of the Trident: Impalement is the end game for the brave heroes who dare stand up to the title lot.

Venoms Kuo Choi, Lu Feng, Chu Ko and Chiang Sheng deliver the disorienting and dazzling choreography that present these villains and their tridents as something out of a Bosch styled nightmare: their three-pronged pole weapons flying, twirling, ascending and descending in a myriad of directions often tripping up the victim.

As the newcomer to the troupe, the original Venoms gave Chu Ko plenty of room to show off his weapons skill and operatic acting. Ko’s tricked out flare with the Trident is surpassed by his stupendous light skills. Chu Ko is an exceptional aerial acrobat, if there is an opportunity for him to flip or leap, he will take it.

Additionally, rising star Chin Siu Ho’s sword crosses with weapons master Lu Feng, Chu and the equally deadly Wang Lik.  Through Kuo Choi’s effortless fight design young Chin easily holds his own against the seasoned trio (Chu seems as if he’d been a part of the original Venoms, while Wang Lik previously appeared alongside the original troupe in several films.)

And no one makes the teen look better than Lu Feng himself. As the young hero rushes to his fate, Lu’s economic and graceful display almost mocks his opponent. It’s the pole weapon equivalent of the smirk Lu’s villains often exhibit just before his adversaries get the point.