Celestial Pictures | Li Han-Hsaing’s The Kingdom and the Beauty Movie Review by Will Kouf
17086
post-template-default,single,single-post,postid-17086,single-format-standard,vcwb,ajax_fade,page_not_loaded,,qode-title-hidden,qode-theme-ver-9.1.3,wpb-js-composer js-comp-ver-5.0.1,vc_responsive 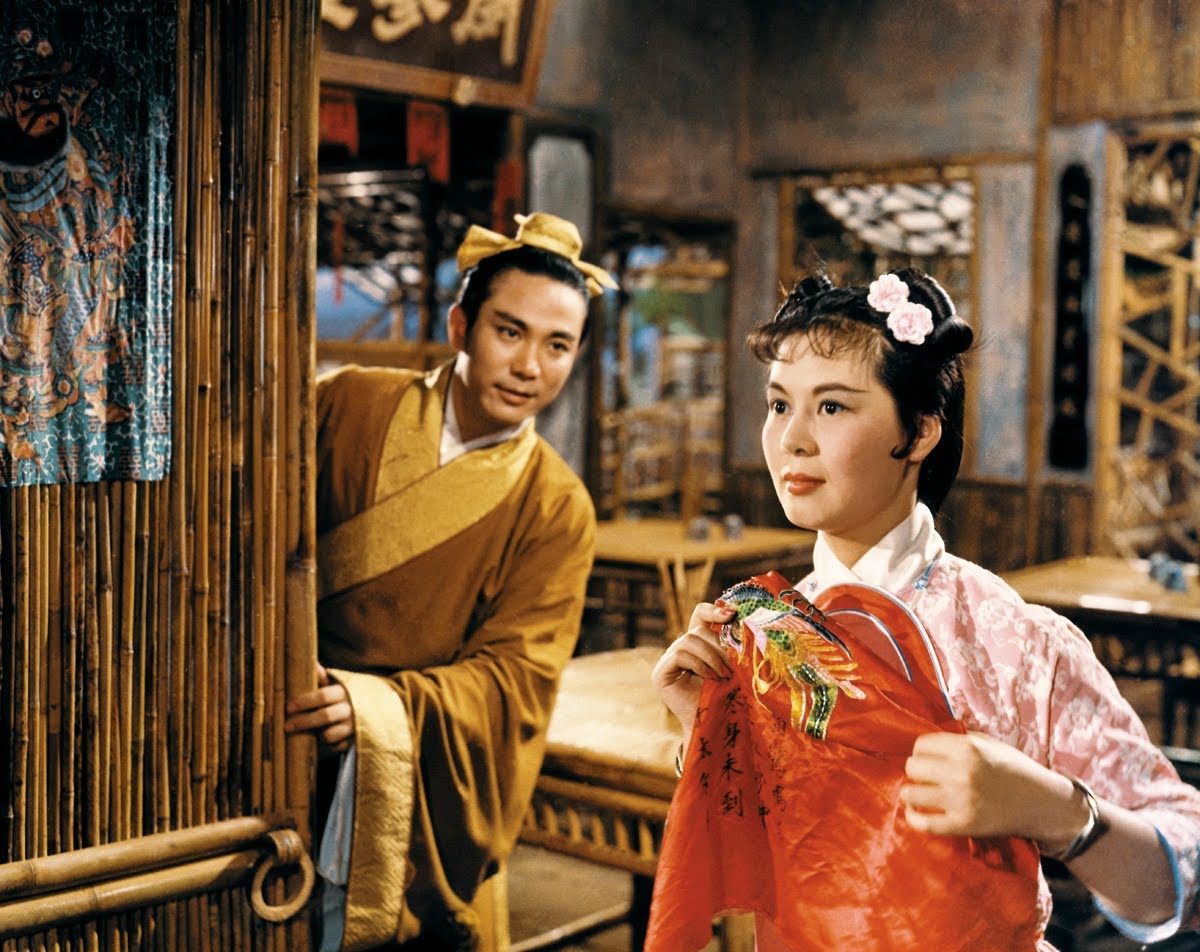 Posted at 00:06h in News by Celestial Pictures
Share

Li Han-Hsiang’s The Kingdom and the Beauty is one of the best and most endearing films of the Huangmei opera genre. In 2005, the Hong Kong Film Awards compiled a “Best 100 Chinese Motion Pictures” list, with The Kingdom and the Beauty coming in at #47. The film also won Best Picture at the 6th Asia-Pacific Film Festival, and although detailed award records could not be found, the film’s poster lists its accomplishments as “Best Picture of the Year, 12 Golden Gongs,” accompanied by 12 identical golden statues. We may not know exactly what the film was lauded for, but a single film nominated for or winning 12 awards at one ceremony undeniable designates it as a remarkable, noteworthy film.

Li was the king of the Huangmei genre (which, according to multiple sources, reached its peak with Li’s 1963 film The Love Eterne), and thanks to this he was also the top Shaw director during this era. The Shaw Brothers studio was not known for allowing its directors much in the way of true artistic freedom, but Li’s films were so influential and successful that he had secured this level of trust and commitment. Later, as the industry shifted towards martial arts, Chang Cheh was also afforded this special treatment thanks to The One-Armed Swordsman and his many other successes. 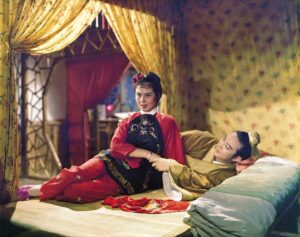 The Kingdom and the Beauty tells the story of a young emperor, Chu Te-Cheng (Chao Lei), who doesn’t have much patience for day-to-day governing. When his tutor speaks of the beauty of the Kiang-Nan region, Chu immediately wishes to travel there and experience it for himself. Being the Emperor, that’s exactly what he does, and soon after his arrival he becomes smitten with Ta Feng (Linda Lin Dai), who rides a float in a spring parade as the Heavenly Maid. Later, the Emperor runs into Ta Feng while she is gathered around a tree with a group of her friends. Based on her sheepish smiles, Ta Feng seems to appreciate the attention and reciprocate his feelings. Her brother, Ta Niu (King Hu), is far more skeptical.

Our introduction to Chu Te-Ching comes as he decides to play with his pet crickets instead of paying attention to the briefings of his court. He is either unaware or uncaring of the seriousness of his position — a symptom of his youthfulness and naivety. This character trait continues through Chu’s personal relationships, as well, so when he meets Ta Feng you can almost feel the tragedy following behind him. He falls in love with her beauty, but he is not ready to fully deal with all that entails. Both characters share these youthful qualities — they initially bond by catching crickets together — but where Ta Feng is a romantic, emotional figure, Chu is more about having his desires of the moment fulfilled.

These are their simple character traits, but they are also a comment on the differing dynamics of being rich or poor, royal or commoner. This idea of upbringing and financial status affecting your world view is woven throughout Wong Yuet-Ting’s script. He also addresses the heavy burden of femininity in society, and Li Han-Hsiang emphasizes this by crosscutting between the lives of Chu and Ta Feng. While Ta Feng struggles with the repercussions of their puppy love, Chu engages in a snowball fight and eats lavish meals. Chu’s inability to understand the consequences of his actions pays ripe thematic dividends, even if some of them are not the easiest to swallow. The Kingdom and the Beauty ranges from frivolous fun to the harshest of realities, all guided expertly by the hand of director Li Han-Hsiang.

The Kingdom and the Beauty is the only Shaw film I’ve seen that was shot in the classic 1.33:1 Academy ratio, and while I was initially apprehensive, it is honestly one of the most beautiful and well-shot Shaw films I’ve seen. The cinematography brilliantly captures the beauty of the changing seasons and the sets of the Shaw studio, but with that said, some of the film’s greatest shots are merely close-ups of the actors’ emotive faces. Li uses his camera to perfection, crafting layered, expertly composed images that could tell the entire tale without a shred of dialogue (or song). This is a musical, of course, so the lyrical dialogue works alongside and flows naturally into the film’s music, only furthering the film’s greatness. 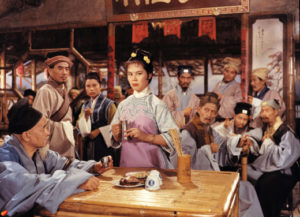 I love the boldness of color in older films, and every frame of The Kingdom and the Beauty contains a chorus of colors that pop brilliantly from the rich 1950s film stock. Whether the scene is set in the Imperial court or the rural wine shop run by Ta Feng and her brother, the costumes perfectly compliment the colors throughout the frame. It’s a cliche to say that every image is worthy of framing, but The Kingdom and the Beauty is the type of film that these sayings were created for. From glistening armor of gold for the Imperial guards, to painstakingly detailed hats, to the gorgeous, flowing garments worn by Linda Lin Dai and Chao Lei, the exquisite, varied and many costumes are something to behold.

King Hu’s acting role in the film marks my first encounter with seeing the man who would go on to direct some of the greatest and most important wuxia films. He is a figure built up in my mind as a great hero of cinema, fighting for his artistic visions and working tirelessly to achieve them. His first appearance in the film sees him wearing a purposefully hilarious fake beard and playfully pretending to be a tiger. To see him in this manner reminds me that King Hu, like anyone, is just a simple man. A determined, visionary man, but still a human like you or me. With enough commitment and passion, we too can transcend our simple humanity to achieve great things like King Hu, or Li Han-Hsiang, or Linda Lin Dai, or… the list goes on.

The Kingdom and the Beauty is a gem of world cinema, waiting patiently for its deserved rediscovery and appreciation from connoisseurs of film the world over.