Celestial Pictures | HEAR NO EVIL, SEE NO EVIL, KNOW NO EVIL, KICK EVIL IN THE FACE: THE BONDS OF TRANSFORMATION IN CRIPPLED AVENGERS (37TH CHAMBER WITH ALAMO DRAFTHOUSE)
17638
post-template-default,single,single-post,postid-17638,single-format-standard,vcwb,ajax_fade,page_not_loaded,,qode-title-hidden,qode-theme-ver-9.1.3,wpb-js-composer js-comp-ver-5.0.1,vc_responsive 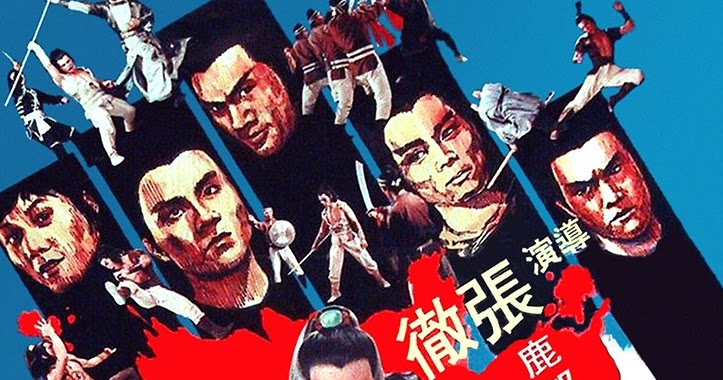 09 Apr HEAR NO EVIL, SEE NO EVIL, KNOW NO EVIL, KICK EVIL IN THE FACE: THE BONDS OF TRANSFORMATION IN CRIPPLED AVENGERS (37TH CHAMBER WITH ALAMO DRAFTHOUSE)

Posted at 08:30h in News by Celestial Pictures
Share

When the Alamo Drafthouse chain of theaters announced a partnership with Celestial Pictures to bring the iconic Shaw Brothers catalog to theaters around the US, it truly was a magic moment for martial arts fanatics in the country. I’ve seen my fair share of Shaw Brothers films in a theatrical setting in one way or another, but when the local Alamo Drafthouse near me announced that their first showing would be a 35 mm screening of the Venom Mob classic, Crippled Avengers, I couldn’t have been happier. Not only is the film one of my personal favorites, but it’s a film that works best with an audience and being able to see it in a format that I have never seen it in (I’ve only been privy to the restored version available in the US) makes it that much better.

For those perhaps unfamiliar with the film itself, Crippled Avengers tells the story of four young men (Lo Meng, Philip Kwok, Chiang Sheng, Sun Chien) that are brought together by the vicious cruelty of a local kung fu ‘hero’ (Chen Kuan-Tai) and his equally vicious son (Lu Feng) as they become horrifically injured in minor disputes with the evil duo. Themes about how evil deeds are continually passed on permeates the film’s often comedic and charming tones, but this is still a film that doubles down on the foundational tropes of the genre as our heroes must suffer, transform, and avenge against the forces of evil.

Crippled Avengers, however, rises above these formulaic foundational conditions with what can be boiled down to one thing: the cast. Certainly, the film has a knack for emphasizing the essence of their brotherhood, thanks to the classic blend of loyalty, violence, and artistic entertainment that Shaw Brothers director Chang Cheh brings to almost all of his films. It also does run with this theme that violence only begets violence, although it’s hard to say that the film takes any kind of distinct stance against it as much as it uses it for a driving force in the narrative. This is why the cast of the film is so key for its distinctive blend of heart, entertainment, and brutality.

The year 1978 is important as it was distinctly the year that the Venom Mob and their style, partnered with the guiding direction of Chang Cheh, truly came into formation. While 1978 is also the same year that the film their namesake is based on premiered (The Five Venoms), Crippled Avengers is the film that capped off that run by fully embracing just what they had to offer in the Shaw Brothers catalog and its fans: wickedly fast, acrobatic choreography, charming and distinctive chemistry, and a sense of fun emotional cores to the gimmicks that they utilized. Everyone in this film is bringing their A-game too. Whether it’s the overly melodramatic facial expressions of Lo Meng, the unusually subdued and insightful sense of reason of Philip Kwok, or the relentlessly tiring tumbling and comedic relief of Chiang Sheng, this film knows how to maximize each actor and their character while still driving the film forward. The chemistry they all bring and the nuanced emotions behind the charm and over-the-top sequences add so much heart and familial layers to the film that it’s easy to fall in love with each of the heroes and feel sad for the villains who are almost as much victims as those they cripple in the process of the story. It’s this ability for the film to navigate the pitfalls of its potentially too predictable and gimmick-driven concept that makes it one of the Venoms’ (and Shaw Brothers) best.

Even beyond the quality of the film itself, the showing at the Alamo Drafthouse was interactive and fun. While the 35 mm print of the film was certainly a visual downgrade from the restored version that’s available on Amazon Prime and DVD (mostly due to its faded coloring), just the tone and feeling of seeing it in that format is a fantastic experience for any cinephile. Truthfully, the presentation was better than expected – particularly in the sound – and the host that introduced the film set a tone for the screening that was built on the same love and familial concepts that craft the brilliance of a film like Crippled Avengers. This is the first screening for a Shaw Brothers I’ve seen at this location and I only have positive things to say about it and recommend it for every martial arts fan.

With Crippled Avengers kicking off the newest round of Shaw Brothers screenings at Alamo Drafthouse locations around the US, it’s only necessary for me to say that if you get a chance to see one – do so immediately. Not only is it a venue that showcases its love for all cinema, particularly in the cult and genre realms, but being able to see a Shaw Brothers film in the theatrical format is a must for any martial arts fan: young or old. Crippled Avengers is the perfect way to start it as a film that is able to balance many of the key ingredients to why these films continue to thrive in the test of time and only continue to renew a legion of fans. It’s a film worthy of the praise it receives and even though this screening has passed, finding the film in its available formats is a must.