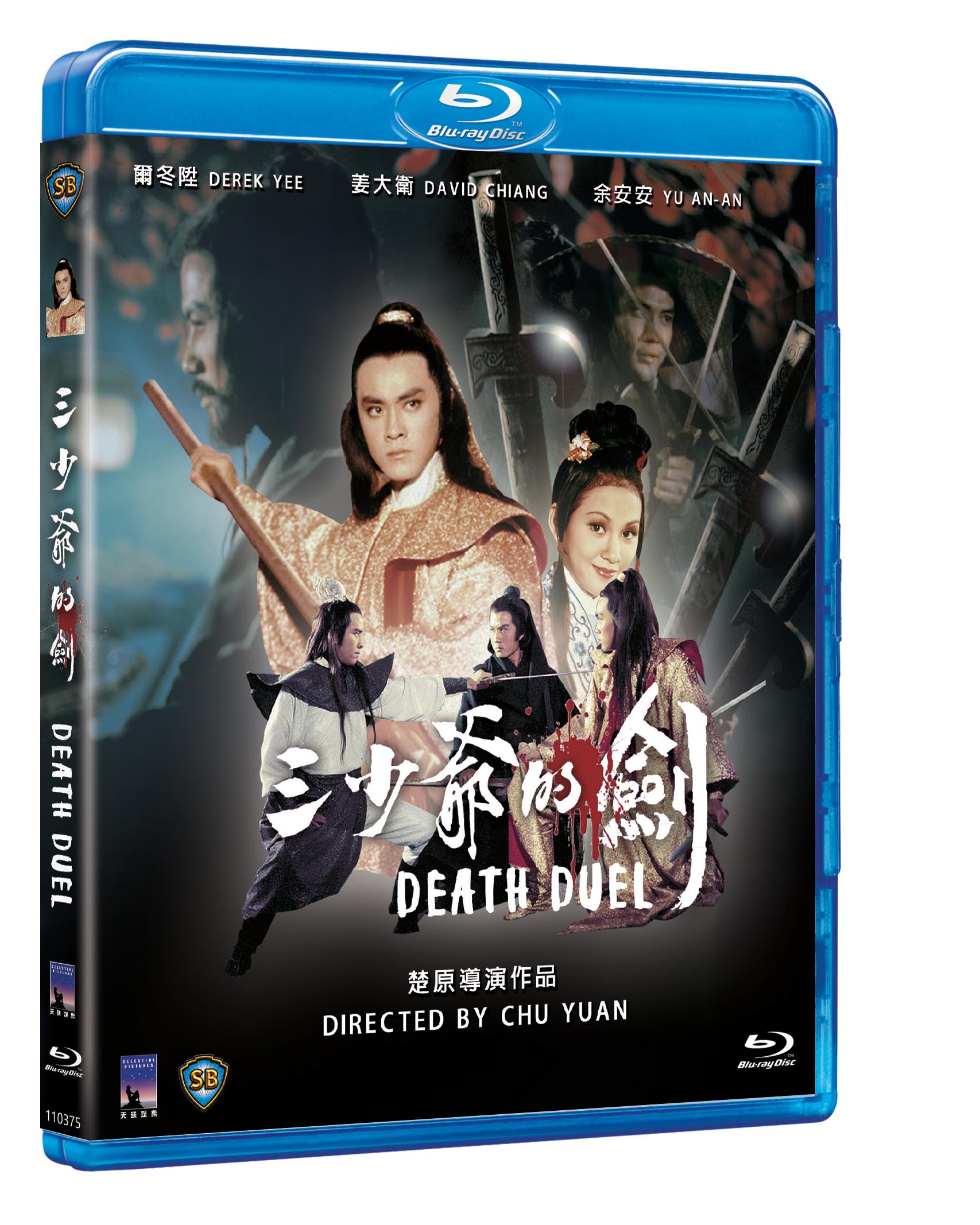 Posted at 01:16h in News by Celestial Pictures
Share

The classic stories of Chinese author Gu Long come alive in Death Duel, a powerful Shaw Brother’s swordplay epic starring some of the period’s biggest stars! Derek Yee is Third Master, a renowned swordsman whose position in the martial arts world is lofty, and a constant frustration for the weary Third Master. The constant challenges and myriad enemies he faces compels him to fake his death and pursue a quiet life with the beautiful Candice Yu. However, his peace can only last so long. Many past enemies arrive seeking revenge, culminating in a bloody showdown, and an appearance by Shaw Brothers kung fu veteran (and Derek Yee’s real-life brother) David Chiang!

Also starring Ti Lung and Law Lit, Death Duel is another foray into the complex kung-fu novels of Gu Long, which derive their action and drama from the concept of Jiang Hu. Warriors jockey for personal satisfaction and reputation, and clans compete for the ultimate glory of being known as the world’s acknowledged best. Director Chor Yuen brings Gu Long’s beloved world to life with exciting action sequences and the gorgeous sets and costumes which were a Shaw Brothers trademark.

This edition comes with trailer, photo gallery and interview with director.