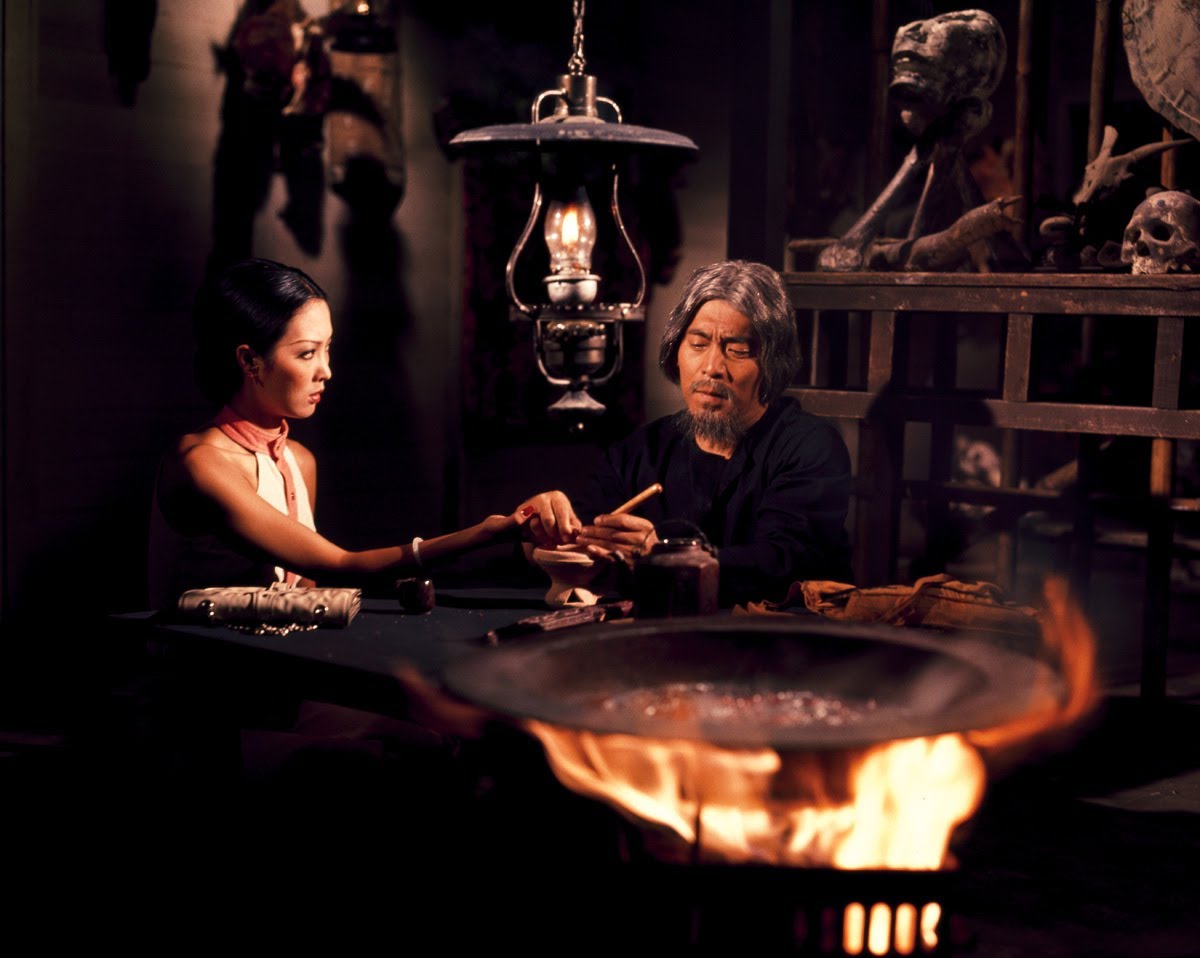 Posted at 00:56h in News by Celestial Pictures
Share

Any self-respecting fan of black magic films owes it to themselves to check out the film that spawned countless imitators and an entire sub-genre of Hong Kong horror films: Ho Meng-Hua’s Black Magic. The dark arts show up here and there in earlier films, such as the incredible 1972 Sun Chung rarity The Devil’s Mirror, but BlackMagic fully engages the mystical world of spells and curses in its first moments and never looks back. It definitely doesn’t reach the highs of Kuei Chih-Hung’s tour de force duo of Bewitched and The Boxer’s Omen, but honestly do any movies? This is no fault of Black Magic (since it came out many years prior), but it might impact your enjoyment of the film if you expect anything close to that level of intensity.

Black Magic was written by the prolific and talented Shaw scribe Ni Kuang, and within the film’s intro he lays down the basic formula for just about every black magicmovie I’ve seen. A woman visits a black magic practitioner named Sha Jianmai (Ku Feng), seeking revenge against her cheating boyfriend. She asks for a death curse on both her former sweetheart and his mistress, and Sha Jianmai is more than happy to oblige. Adulterous love — or as the opening text calls it: “Excessive Sex” — doesn’t pay off in black magic movies. But after the spell has been wrought, a local practitioner of good magic is brought in to investigate the couple’s deaths. He looks about, says a few chants, and before you know it Sha Jianmai is slicing his tongue and pasting paper wards smeared with his blood all over the walls of his shack.

With this formula established, the bulk of the film moves forward with a more complex version that centers around a pair of couples. There are the young lovers Xu Nuo (Ti Lung) and Wang Chu Ying (Lily Li Li-Li), happy and soon to be married, while the pair of Luo Yin (Tanny Tien Ni) and Liang Chia Chieh (Lo Lieh) are recently broken up and furious at one another. Luo Yin wants Xu Nuo, and Liang wants Luo back, and since this is a black magic movie, they utilize the services of Sha Jianmai to get what they want. In principle, this setup has a lot of potential, but the execution of Black Magic isn’t quite as slick as I’d like. The story gives us the runaround when it might dive deeper, and the characters are nothing more than surface level desires and feelings. The one aspect that remains constant and is given some depth is the black magic itself, so in this sense the film is perfectly titled. It’s not so much about the characters that all this stuff is happening to; it’s about the stuff that’s happening to them. And this “stuff” is all creepy and intensely fun! You can say what you will about the story and its structure, but these concerns will slowly melt away as you watch worms crawl under a woman’s skin (or any number of the film’s disgusting delights).

Probably my favorite component of the black magic film are the battles between the black magic practitioner and his good counterpart. They are intensely imaginative fights of spirit and willpower that defy all Western ideas of what a battle between magicians might look like. These scenes in Black Magic are great groundwork for the genre, as well as great fun on their own. The special effects suffer some to time (especially during the ambitious finale), and I think they would be the film’s biggest stumbling block for a modern audience. Their loss… and besides, I’m pretty sure I heard that if you willfully laugh at a black magic movie your will hair fall out on the first day, your fingernails on the second, and you die coughing up maggots and worms on the third. Maybe. I wouldn’t tempt fate if it were me, but you’re welcome to try and let me know what happens.

Black Magic is a lot of fun, just don’t go in expecting an altogether great film, or anything on the same level of gore and over-the-top crazy seen in the later films of this gnarly and gooey sub-genre of Hong Kong horror.