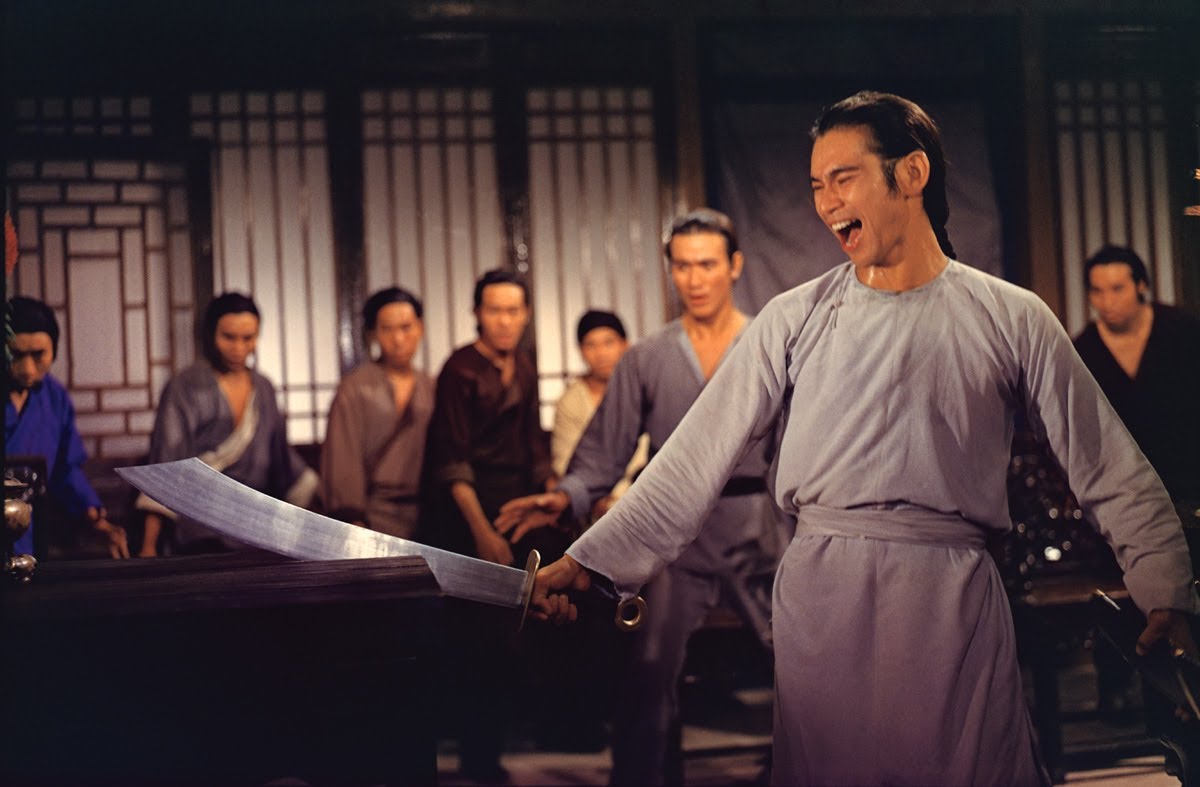 Posted at 00:56h in News by Celestial Pictures
Share

There are plenty of Shaw Brothers films that are based on famous texts, legends, and historical moments from Chinese history and often they are interpreted into an entertaining and cinematic manner for the sake of the silver screen. In the early 70s, iconic director Chang Cheh is credited as a director for a series of films – often with a co-director (or directors) in tow – based around famous stories and historical moments. There films range in inspiration from books to real life events, but for this article we are going to look at a specific set of films with one entry in particular as the focus. With his co-director of the time, Pao Hsueh-Li, the two developed a series of films that struck a chord with audiences and a handful of them featured the charismatic and versatile Chen Kuan-Tai in the lead role. The Boxer from Shantung, Man of Iron, and Iron Bodyguard stand out as the three films to feature the two directors and lead star that have garnered a strong following throughout the years and exemplify this era of style. For the sake of this article, it’s the latter film, Iron Bodyguard, that we are going to focus on.

Iron Bodyguard for all of its selling points, the previously mentioned directors working together again, an impressive cast, and the legendary Liu Chia-Liang as one of the action directors, is a film that feels uniquely subdued and meticulous. Chang Cheh was a diverse director and his various eras of focus and style indicated as much, but outside of a handful of sequences Iron Bodyguard certainly seems to be more of a Pao Hsueh-Li lead production in how it handles its narrative and stylistic approach. Based on real events from Chinese history known as The Hundred Days’ Reform, the film presents itself as a character study of Chen Kuan-Tai’s heroic character Wang Wu within a larger historically set epic and not as the action spectacle that one normally associates with the Shaw Brothers studio. The film often plays against expectation of the usual formula and, for better or worse, toys with the structure in presenting its story. Love it or hate it, Iron Bodyguard does not play things safe and instead goes for dramatic effect over the normally enthusiastic action entertainment.

The intent is ambitious, certainly, and Iron Bodyguard has to take its time establishing its pieces before setting them in motion. This is why I mention a chess match in the title of this piece. The film plays its narrative as such. There are significant amounts of time spent establishing all of the characters and plot points of the story, the pieces on the board if you will, and then short bursts of activity to manipulate those or clear them off of the playing field. Instead of extended fight sequences and a plot to thread those together, Iron Bodyguard exists as a political/social thriller more often than not, taking its lead character Wang Wu and digging into his existence as a piece of a much larger game and how the other parts interact around him. It’s fascinating in how it unfolds, although its obvious at times that its not nearly as even and smooth as it wants to be in getting the momentum it needs as an action film, but the intent is admirable.

It helps when there is a lot of talent involved with the film to pull off this unique approach to the historical martial arts epic. Yes, there are a lot of characters to sift through with Iron Bodyguard and simply not enough time to truly flesh them out in the ways needed for maximum emotional impact, but the performances from the cast carry the majority of the film’s weight. Chen Kuan-Tai ably anchors the film, delivering a diverse and heartfelt performance, and those around him add plenty of intrigue to the matter – in particular note to Yueh Hua with his performance as the man that inspires Chen Kuan-Tai’s Wang Wu to action beyond being a strong and just person. The action set pieces of the film are sparse, something that many Shaw Brothers fans may not love about the film, but each one is inherently connected to the plot and characters give it meaning beyond just entertainment. The film defies the usual progression of action by staging the massive fight sequence at the end of the second act and goes for a more personal duel for the finale, but where that seems illogical for an action film, it fits in with the character arc of Wang Wu and further embraces the unique approach that Iron Bodyguard has for its execution.

In the grand scheme of things, Iron Bodyguard is a film that is often overlooked for more entertaining or dynamic films in the Shaw Brothers library. Yet, with its meticulous approach to its themes of loyalty, reform, and purpose, it’s also a film that sets itself aside as unique in how it approaches being a historically set epic. The focus on one character, as a single piece in a chess board of constantly moving pieces and different strategies, makes it feel more personal and intimate than other historical epics from this era. The long sequences of character and plot build with the short bursts of violent action give the film a much more grounded and emotional punch that lifts it above some of its uneven pacing and stylistic flaws. While it may not be the best film from this era from directors Chang Cheh and Pao Hsueh-Li, it’s one that definitely deserves a fresh perspective and second look.