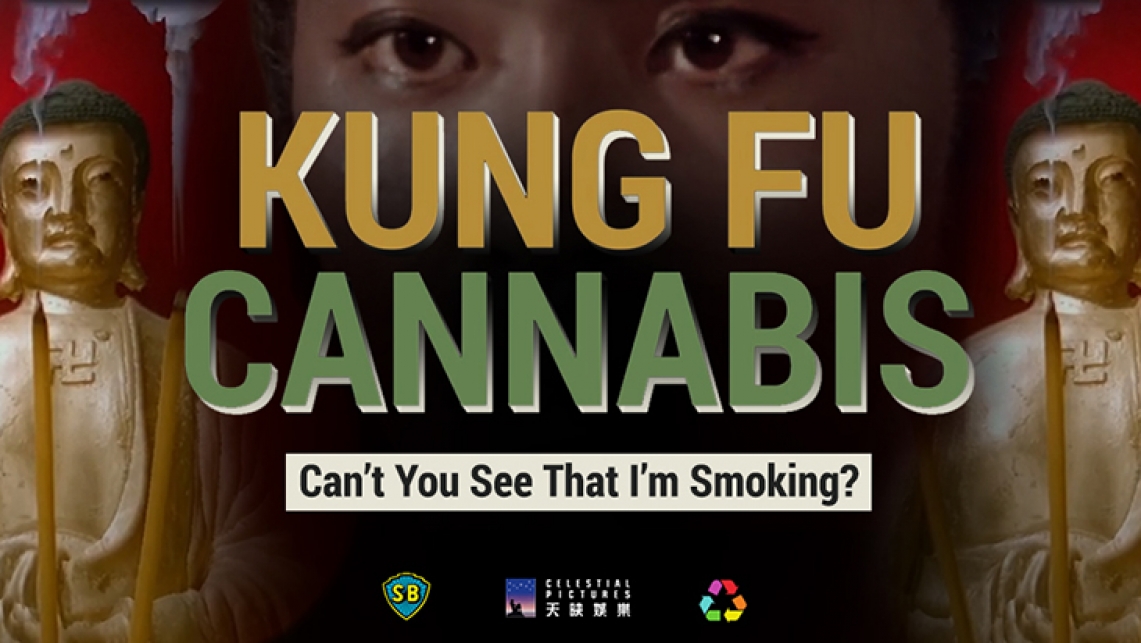 Posted at 19:34h in News by Celestial Pictures
Share

Celestial Pictures are keepers of the famed Shaw Brothers martial arts catalog, and PROHBTD is a leading media brand creating original lifestyle editorial and video content. Such cooperation pairs music and American culture with legendary characters from some of the most popular kung fu movies ever made.  Martial arts styled entertainment is enjoying a resurgence with the third installment of Jack Black’s Kung Fu Panda opening in theaters in January and the Kung Fu Village in Tianzhu, China where all residents have a secret weapon with moves inspired by dragons. Couple this resurgence with the American music, “Kung Fu Cannabis” offers a winning formula for good times.

PROHBTD Co-Founder Drake Sutton-Shearer remarks, “Engaging people with entertaining and informative content is what we do so we jumped at the first opportunity to produce an ongoing series to pair the legendary Shaw Brothers catalog with the unique talents of Eclectic Method.”

Celestial Pictures’ Shaw Brothers library includes over 760 feature films originally released over a fifty year period, inspiring countless filmmakers with its vast pool of classic.  “For a year, I’d watch one old Shaw Brothers movie a day ― if not three,” Quentin Tarantino told the Los Angeles Daily News in 2003. Paying respect to their influence on his own work, Tarantino appropriated the Shaw Brothers logo in both Kill Bill films putting the initials SB on a shield.  Celestial Pictures’ collaboration with PROHBTD represents the latest effort to revitalize the Shaw Brothers legacy and ignite a new era of fandom in the global market.

Kristen Tong, COO of Celestial Pictures, said that “The Shaw Brothers created the films that defined the Kung Fu genre for many fans. Those films went on to influence so much pop culture from fashion to music to general lifestyle and people’s personal philosophies. The cooperation with Eclectic Method to introduce these influential films to a new generation of fans the way that they consume content – remixed, restyled, and re-imagined – is just a new way for people to integrate kung fu, kung fu philosophies, and kung fu films into their lifestyles. We’re thrilled to be working with PROHBTD to bring the Shaw Brothers films to a new generation of fans in a creative way.”

The films featured in “Kung Fu Cannabis” include classic titles like The Shaolin Avengers, Opium and the Kung Fu Master, Buddha’s Palm and Full Moon Scimitar.

“My friend Danny introduced me to the Shaw Brothers movies when I was 10 years old,” says Eclectic Method, “and for three summers I walked around talking out of sync. I flipping love these movies, and I am so happy to do this as my first in a series of collaborations with PROHBTD.”