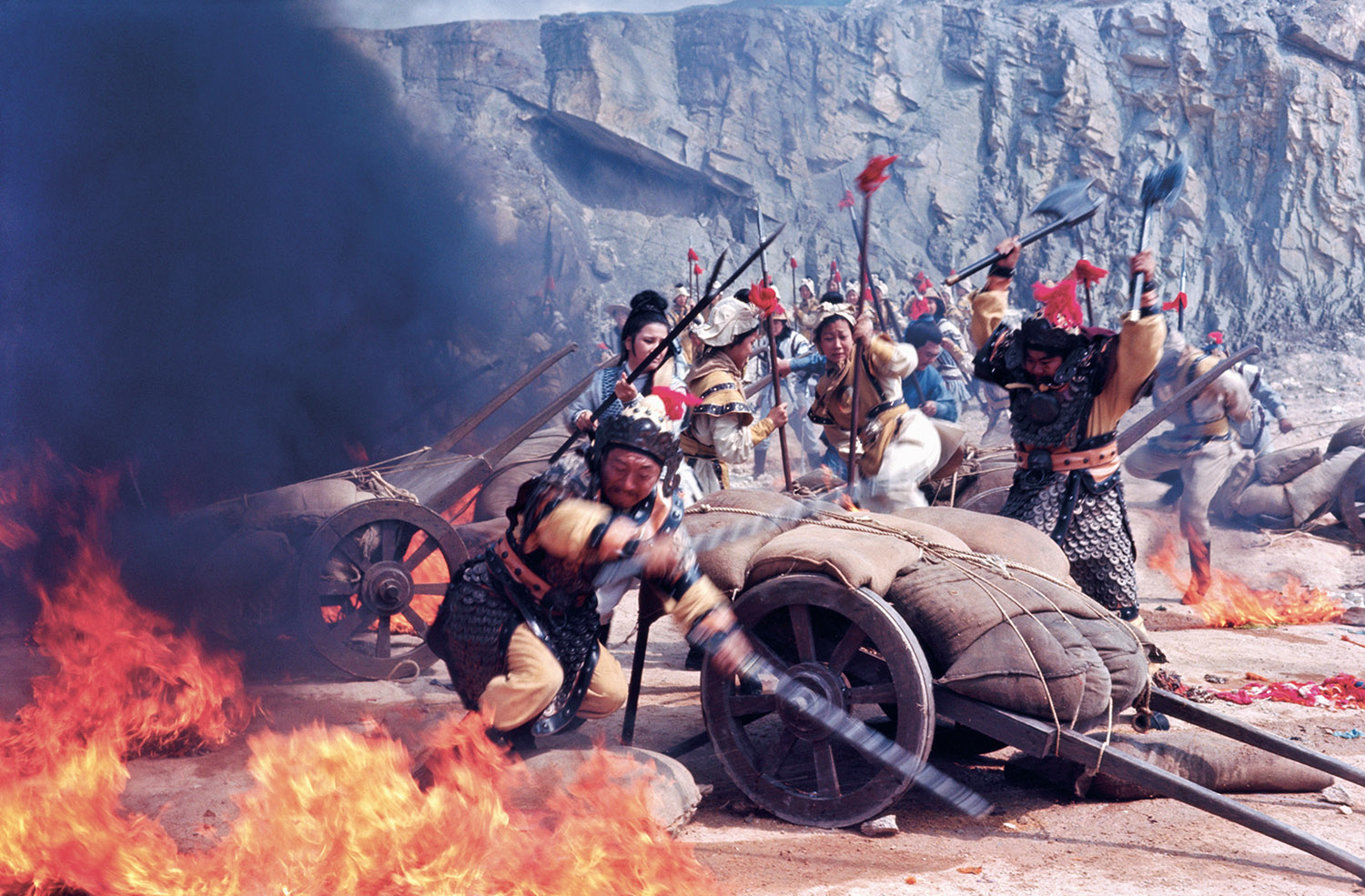 Posted at 00:25h in News by Celestial Pictures
Share

The great success of Wonder Woman this summer has been a rallying cry for big-budget, female-led films and strong, female action heroes. Hollywood has definitely slacked in these areas for many years, but any fan of martial arts films knows that the genre has been full of female heroes since its inception. Cheng Pei-Pei, Lily Ho, Ivy Ling Po, the list of heroic female leads from the Shaw studio is long and storied. While Chang Cheh was re-defining the martial arts film with an almost purely masculine energy, veteran director Cheng Kang made what is probably the crowning achievement of the female-led action film from the genre’s initial decade of the modern era (1965–1975): The 14 Amazons. Even today, its message of female strength and resilience continues to ring true.

The film opens by relating the basic story of the Yang Generals to the audience. The Yangs were a real-life family whose unwavering dedication and courage in defending China throughout multiple generations became a well-known story of Chinese folklore. The 14 Amazons sets itself at the end of the tale, during the Song Dynasty, when all the male Yang generals have perished in battle. The last male of the family, Yang Wen Kuan (Lily Ho), is still too young to lead anyone into battle, so that duty falls on the Grand Dame of the family (Lisa Lu). The women of the Yang family are smart, cunning and well-trained in martial arts, so when presented with this situation they gladly pledge themselves to lead reinforcements into battle against the invading Tangut people of Western Xia.

Most classic wuxias with a female lead don’t specifically engage gender all that much. There’s almost always the component of the character masquerading as a man to make her traveling life easier, but gender is rarely addressed outside of this. In The 14 Amazons, the whole film is built around the confidence of the Yang women to carry out their duty, regardless of any male interference in their way. The main manifestation of this is the governmental official (Cheng Miu) who does everything in his power to stop the Yang women from heading into battle, but like anyone who underestimates a woman’s abilities, he soon learns the error of his ways.

The film runs a full two hours, much of which is abundantly action-packed, but the first 30 minutes or so are almost entirely setup and preparation for the Yang women heading to battle. Some of it can seem unnecessary or slow, and it honestly would’ve been possible to start the film after this section. Its inclusion is essential to telling the story of the Yang women, though. Without the lead-in, a viewer, especially one unfamiliar with the tale or Chinese culture in general, might incorrectly assume that a group of women heading off to battle was just the way they did things a thousand years ago in China. Cheng Kang was as astute a writer as he was a director, and by framing the story with the official’s opposition (based purely on their gender), he crafted a film that glorifies women of all ages as multi-faceted, capable people, while also showcasing the extreme loyalty and dedication of the Yang family as a whole. They have been successfully protecting their homeland for generations against foreign invaders; they are so assured of their family’s strength and martial abilities that even when their last adult male is tragically killed, they merely pack up their weapons and march into battle with nothing but confidence in their hearts. 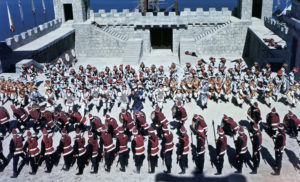 Besides the strong feminist elements, The 14 Amazons is a Shaw Brothers film in a class of its own. Chang Cheh had made a few large-scale epics by this point, notably The Heroic Ones and The Water Margin, but neither of those films attempted anything on the scale of The 14 Amazons. Cheng Kang’s film is more akin to a wartime action-adventure than a traditional martial arts film, and it spices up history by including a lot of fun, supernatural wuxia elements. Everything about the movie is big and elaborately rendered: the costume and set designs are exquisite, the scale of the battles are immense, the cast is filled with a bevy of wonderful actors giving strong performances, the camerawork is brimming with all kinds of gorgeous moving camera and crane work… the list goes on. Special effects work — specifically models and miniatures — also help the film achieve its grand, spectacular scale in superb fashion. I can’t think of a single Shaw Brothers film that feels like The 14 Amazons, or even comes close to bringing together so many technical elements in such a perfect way.

The 14 Amazons is a stunning film packed full of rollicking action that is sure to please fans. This one probably has a good chance of appealing to a more mainstream crowd, as well, especially given the film’s feminist angle. There are some fairly over-the-top moments that play with the types of things only possible in a fantasy film (human bridge, anyone?), but these supernatural wuxia elements brighten the film’s historical content and make it into an immensely satisfying and entertaining film. In this way, The 14 Amazons might also be used as a gateway to the wuxia genre for those looking to dip their toes but aren’t quite ready for people flying around.

Written by the Will Kouf. Go follow him on Twitter and make sure to check out his site Silver Emulsion Film Reviews.